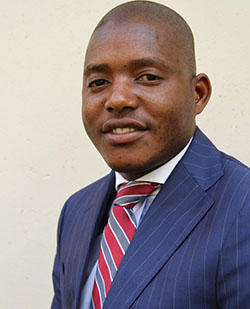 THE government’s penchant for foreign goods such as vehicles is destroying local industry and undermining prospects of addressing the country’s unemployment crisis, critics have complained.
Some 27 legislators were recently reported to have been stranded in China after going there on a shopping junket.
Legislators were also criticized for importing new cars in a government-backed US$11 million deal after ditching the struggling state-owned vehicle assembler.
A youth employment conference organized by Youth Forum in Harare last week blamed government for not doing enough to address the unemployment crisis.
Independent economists say unemployment in Zimbabwe is more than 80 percent but the government claims it’s around 11 percent because most people now are now self-employed in the informal sector.
Wellington Zindove, the national coordinator for the Youth Forum,  said government’s heavy spending on foreign goods was not helping the situation.
“Why can’t government use vehicles produced locally, no matter how inferior they are. This will help to save millions of jobs that are lost annually,” said Zindove.
Marketing executive for Buy Zimbabwe, a lobby group advocating  the use and consumption of locally produced goods, Gabriel Choga also said the government was responsible for the challenges facing industry.
“We have the money somewhere but we are not using the money properly. With the $1,5 billion deficits that we have, I can assure you we can have three Mimosa companies,” he said.
“From January to May this year we created more than 4,000 jobs somewhere. The government has a poor man’s mentality that is prepared to eat the last meal and die.”
However, Justice Mayor Wadyejena, chairman of the Parliamentary committee on indigenisation and employment creation defended the decision to import cars for MPs.
“Initially, as government, we had said we want to promote Willowvale, but unfortunately Willowvale wanted cash up front,” explained the Zanu PF MP for Gokwe-Nembudziya.
“As you know the government had no money to pay cash for the vehicles. We then had to resort to a deal with Croco Motors that had to import the cars on our behalf.”
Ministers were also accused of ignoring legislation which stipulates local content requirements for goods used by the government.Advertisement

Zindove said the government had a habit of coming up with good policies which were never enforced.
“Most of the government’s policies including ZIMASSET are good but there is no political will to implement,” said Zindove.