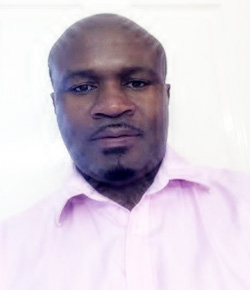 IN business, institutions can be defined as set-ups and policies created as a framework for economic, legal, and social relations. Institutions work as mechanisms which an investor can resort to in a given social environment to protect his/her rights and interests. Formal institutions and policies (rules) are created by governments as a framework for economic and social relations.
FDI prefers countries where formal institutions are strong. There is an expectation that such an institutional framework is effective, impartial, credible, honest and transparent and that it protects property and individual rights; in other words, the ‘to go to’ if one feels that their ownership rights have been infringed. Institutions tend to come in two forms; formal institutions which include public institutional infrastructure such as a legal system and the rule of law as well as informal institutions.
Zimbabwe’s institutions are complex. Other than formal institutions, there are informal institutions which are known to overpower, supersede and subjugate formal ones. Informal institutions can be an individual, group of people, an organisation of even traditional leaders like chiefs. The legality of informal institutions is questionable and they mostly lurk in the shadows. This makes it very difficult to measure them.
I list below a few common statements which Zimbabweans make when making references to existence of informal institutions in the country:
“X and Y are untouchable despite their illegal business practices.”
“There is a ‘big man’ behind every successful business.”
“You must not do business with X and Y because there is nothing you can do if they breach your agreement.”
Police are known to respond by saying ‘it’s a political issue, we cannot do anything’ if reports linked to political violence are made to them.
“In Zimbabwe, it’s not what you know, it’s whom you know.”
“If you want to get farm land, you have to go through the Zanu PF provincial structure’s land committee.”
Zanu PF youths sent to evict farm owners from their farms while police watch.Advertisement