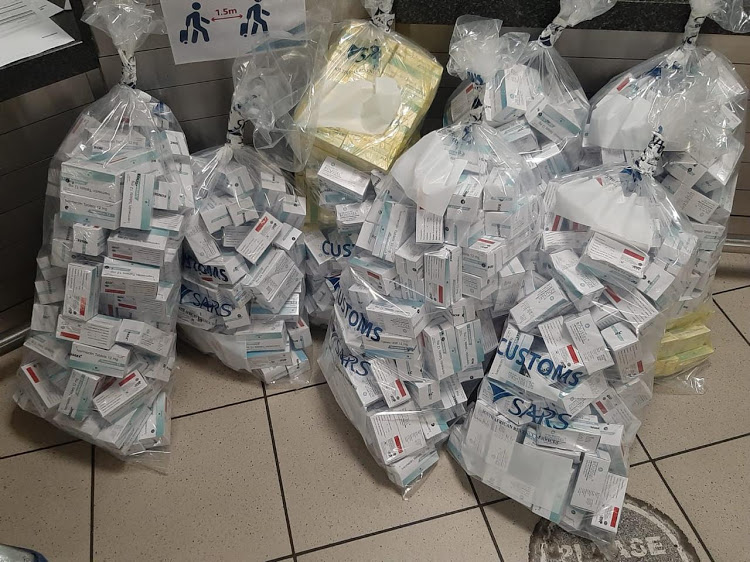 SIX foreign nationals have been arrested at OR Tambo International Airport in Johannesburg for being in possession of tablets suspected to be ivermectin worth more than R6m.

In a space of two weeks, six foreign nationals gave been arrested at OR Tambo International Airport in Johannesburg for being in possession of suspected ivermectin tablets worth millions.

Police spokesperson Col Athlenda Mathe said the latest arrests were on Thursday when three people were found with ivermectin worth R5m.

The black market in ivermectin has boomed after it was touted as a treatment for Covid-19, at the same time as being unregistered for human use in SA.

The trio appeared in the Kempton Park magistrate’s court on Friday facing charges relating to the contravention of the Medicines and Related Substances Act.

The case was postponed to Monday for a formal bail application.

The second incident took place on January 26 when two men were arrested after they were found with a variety of unregistered medicines.

The first suspect had 18,085 ivermectin tablets with an estimated value of R552,550. The second had diclofenac sodium, chlorpheniramine maleate and amoxicillin tablets worth R25,000.

Both were arrested and appeared in the Kempton Park magistrate’s court. Their case has been postponed until Monday for a bail application.

All the suspects had entered the country from India, Mathe said.