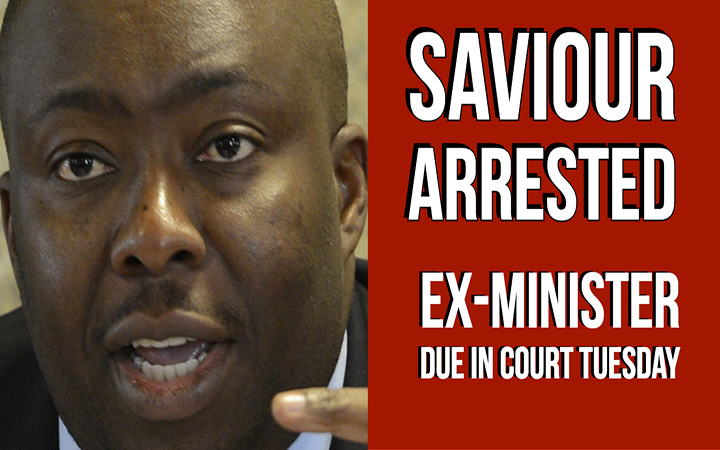 FORMER Local Government minister Saviour Kasukuwere was arrested Monday morning after he handed himself over to the police.

Sources said police had been looking for him in connection with the attempted assassination of President Emmerson Mnangagwa on June 23 this year.

An aide to Kasukuwere’s lawyer Jonathan Samukange confirmed the former cabinet minister had handed himself over.

“Yes, he has handed himself over. They are at the police station as we speak.

“The charges are still being preferred and he is likely to appear in court a few hours from now,” said the aide who answered Samukange’s mobile phone.

On July 3 detectives from the Criminal Investigations Department (CID) raided the former Zanu PF national commissar’s home in Harare but he was in Johannesburg South Africa at the time.

Kasukuwere has, it is claimed, previously been quizzed over the bombing but has maintained his innocence.

“It is believed that Kasukuwere was in Bulawayo holed up in a hotel at the time of the bombing, but he claims to have been attending a relative’s wedding in Victoria Falls,” said the insider.

Kasukuwere was part of a Zanu PF faction known as G40 reportedly then under the tutelage of former President Robert Mugabe’s wife Grace.

The faction was until November last year locked in a political wrangle for control of Zanu PF with a rival grouping that was backing Mnangagwa known as Team Lacoste before the military intervention forced Mugabe to resign.