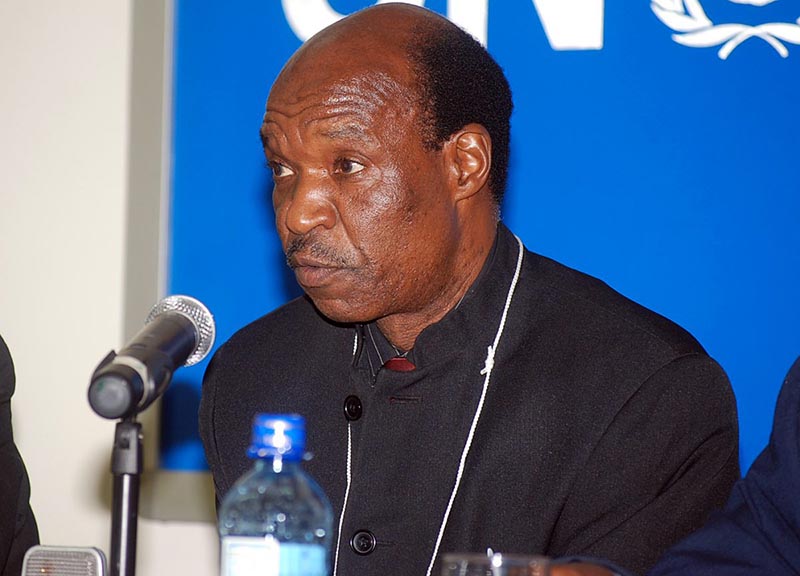 FORMER National Housing Minister and legislator Fidelis Mhashu, who died at Parirenyatwa hospital, on Monday at the age of 76, will be buried this Friday.

In a statement, the MDC-T said Mhashu’s body was expected to be carried from the funeral parlor in Harare on Thursday evening to his home in Chitungwiza.

“His body will be carried from the funeral parlor in Harare to his Chitungwiza home where it will lie in state ahead of the burial at Glen Forest Cemetery (on Friday).

The party described the late Mhashu as a fearless human rights defender and one of the founding fathers of the party.

“It was in Mhashu’s Chitungwiza house that numerous meetings that led to the formation of the party were held.

“It was in the same house that the doyen of democracy, the late Dr Morgan Tsvangirai and others gathered to discuss the way forward in forming the great and formidable political movement that Zimbabwe has grown to love,” the party said.

The MDC founding legislator served as party MP for Chitungwiza North for a period and later became National Housing and Social Amenities Minister during the country’s short-lived inclusive government era.

Born on July 1, 1942, in Mhondoro, Mhashu started his political career as a councillor in Ward 21 of Chitungwiza North where he served for two terms before he was fired on trumped up charges.

He later participated in the formation of the MDC in 1999 and became Member of Parliament for Chitungwiza North on the party’s ticket from 2000 to 2013.

He became a member of the National Executive of the MDC and was appointed Minister of Education briefly before being switched to the Ministry of Housing and Social Amenities in the inclusive government from 2009 to 2013.