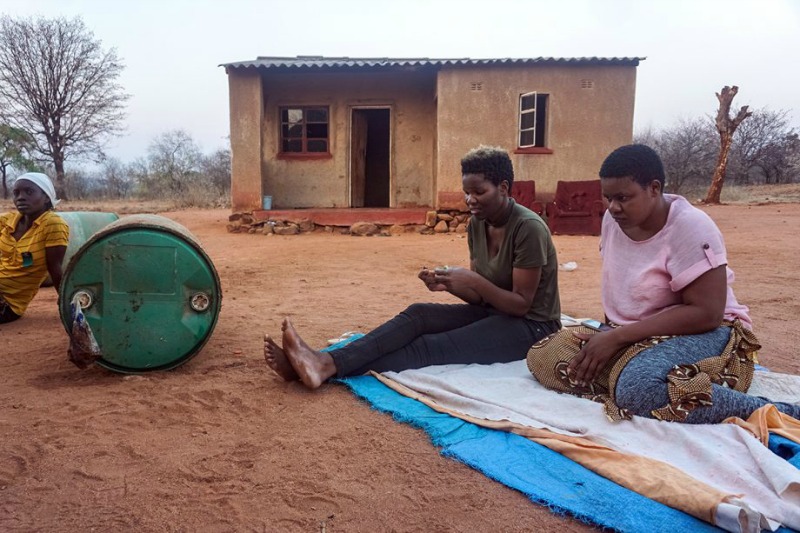 FAMILIES moved from the diamond-rich Chiadzwa area in Marange 2010 to pave way for diamond mining activities by selected firms have once again accused authorities of dumping them in inaccessible areas with no water and electricity.

Nine years later, the place has not yet been developed despite assurances by government they were being relocated to places that were being upgraded.

Clarah Magobeya, a villager, poured her heart out during a meeting organised by the Zimbabwe Environmental Lawyers’ Association (Zela) in Harare on Thursday.

Magobeya said ever since they were moved to ARDA Transau Resettlement area in Odzi, life has not been the same.

She described the houses they were now living in as old and used by tobacco workers before, with some used to store tobacco at the time.

Magobeya said the houses were now cracking and could not compare with her original home she was forced to abandon in Chiadzwa.

“It pains me that we were moved to this place. As I speak, we are now living in cracked houses. When I am inside, I can actually see a ZCDC (Zimbabwe Consolidated Diamond Company vehicle) through those cracks,” she said.

“Some of the houses were very old homes belonging to former tobacco farm workers. They are not pleasant at all,” she added.

Magobeya also told delegates that the place no longer had adequate water to use.

Families once had tapped water which was disconnected with no reasons given.

She said villagers had complained until the ZCDC came in and drilled two boreholes, one at a primary school and the other at a local clinic.

Electricity was switched off due to lack of payment.

“It pains us. We have no water to drink. Can you imagine that 475 families are using only two boreholes, yet as a community, we had requested for atleast 10 boreholes.

“With power, at first we used pay $2.00 per household until they decided to switch off the electricity because a lot of people owed ZETDC money,” she said.

“It really pains. This is not the life we expected after they moved us from our Chiadzwa homes. When diamond was discovered, we thought life was going to get better but it’s now worse. We have lost our livestock over the years.”

Since 2010, the Chiadzwa families resisted relocation to Arda Transau Resettlement Area, demanding at least US$50 000 each as compensation before they moved.

They also wanted construction of permanent structures for them at Arda Transau, proper reburial of their relatives, employment creation for their children and security at the relocated area, are put in place, which never happened.