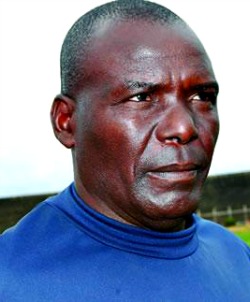 FORMER Dynamos and Zanaco coach Keagan Mumba has died.
He passed away around Saturday midnight at Lusaka Trust Hospital where he was admitted about four days ago. The funeral is at his home along
Islamic road in Makeni.
Mumba coached several clubs in Zambia including Green Buffaloes, Zanaco, Green Eagles, among others.
He is credited for his contribution to township sports, particularly the Sports for All programme in Chawama where he spent most of his life nurturing players like the late Chaswe Nsomfwa, Charles Mulinga, Ignatius Kapokola, Sydney Tembo, Boston Mwanza among others.
Mumba established teams such as Junior Matikays which featured in the Chawama amateur sports league.
He will be remembered for his candid contribution to Zambian football and ability to speak his mind off on the Zambian game.
Last year, he was handed a ban by FAZ for condemning a makeshift national team trial programme under Herve Renard which he argued was ignoring the already established youth structure.
On Sunday, Dynamos observed a minute of silence for their fallen coach before their Harare City clash in the Independence Trophy semi-final at Rufaro.Advertisement