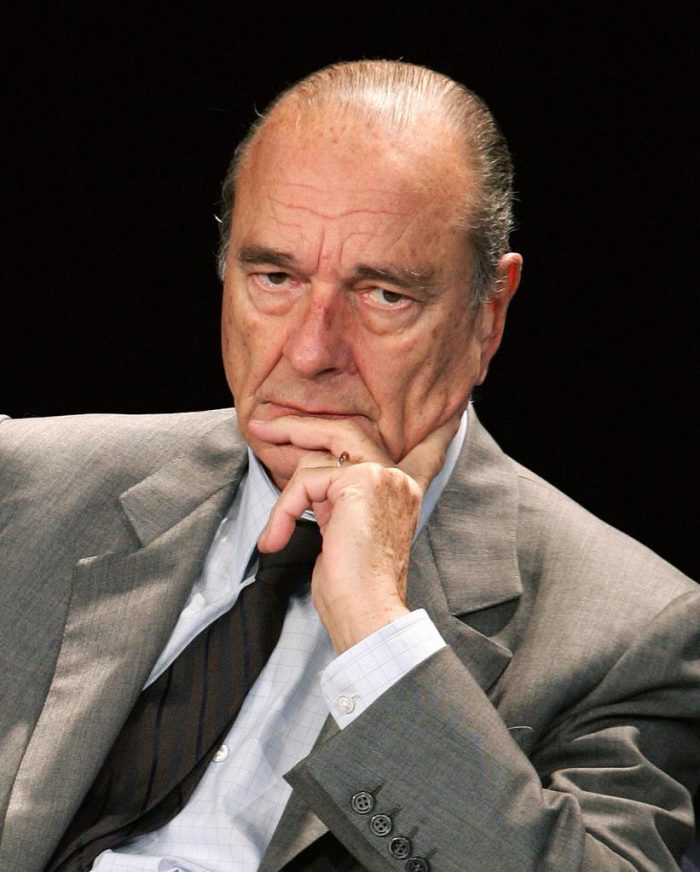 Jacques Chirac, the former French president who championed the European Union, but whose later years were blighted by corruption scandals, has died aged 86.

Chirac served two terms as president and twice as PM, and took France into the single European currency.
The French National Assembly observed a minute’s silence in his memory.

Jean-Claude Juncker, the president of the European Commission and former Luxembourg prime minister, said he was “moved and devastated” to learn the news.

German Chancellor Angela Merkel said she was “very sad” to hear about the death of  Chirac, who she described as an “outstanding partner and friend”.

President Emmanuel Macron was expected to speak on television at 20:00 local time (18:00 GMT) to pay tribute to his late predecessor.

Former French President François Hollande also paid homage to  Chirac: “I know that today, the French people, whatever their convictions, have just lost a friend,” he said in a statement.

And another former French President, Nicolas Sarkozy, said on learning the news: “A part of my life has disappeared today”, adding that Chirac “embodied a France faithful to its universal values”.