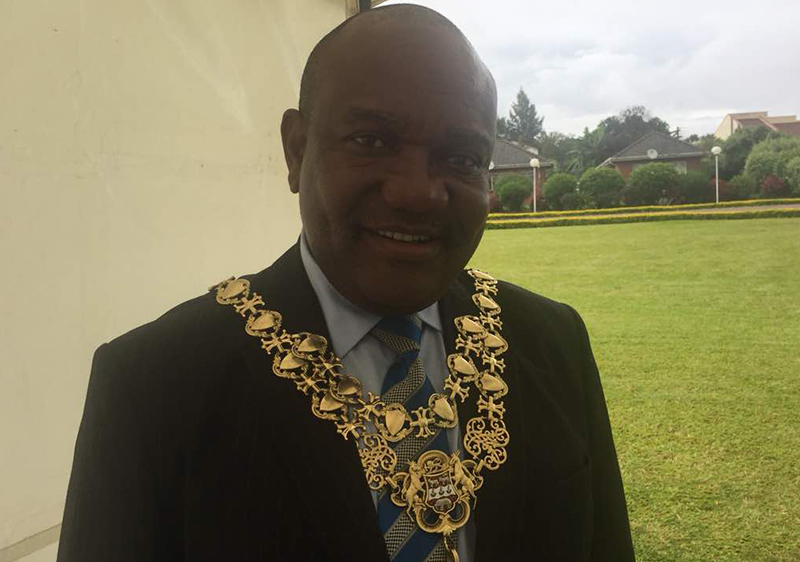 FORMER Harare mayor Bernard Manyenyeni on Wednesday warned incumbent Herbert Gomba to be careful of deals the City Fathers continue to strike with the Chinese.

Manyenyeni who headed council between 2013 and 2018 was speaking at a residents meeting on the current water crisis in the capital.

The Harare businessman was responding to indications by his successor that council was struggling to access more funds from China because of failure to service a US$72 million debt from US$144 loan extended by the China Exim-Bank.

Manyenyeni gave examples of how the Chinese were forcing other countries to part with properties after failing to service their loans.

“We should always be aware of what has been happening around us. We hear that one of Kenya’s Ports was taken by the Chinese and Zambia has lost quite a lot already.

“We should be concerned by statements by the Mayor (Gomba) that we are now failing to access the remaining $72 million of the initial loan because we are failing to repay the loan which was given to us by the Chinese,” the former Mayor warned.

“It is necessary that we make deals which are manageable, which our children will be able to pay back and will not mortgage the country.”

China is fast becoming Africa’s main investor with its offers of unconditional aid or loans to the third world continent that critics argue are akin to fresh coloniasation.

Speaking to NewZimbabwe.com Finance Minister Mthuli Ncube said that although government could not track every deal struck by councils they were sure that those signed were beneficial to the cities.

“All I know is that we track all transactions. We try to approve at the level that government is supposed to come in but we know that there are other entities that have got own authority to approve their own transations.

“We tend to track most of these investments especially if they involve the inflow of foreign currency. We have mechanisms in place but of course we can never know who is doing what on a daily basis,” said Ncube.

Manyenyeni argued Harare City Council’s water reticulation system is in need of rehabilitation as the challenges have existed since the 1960s. The capital city has been hit by continous water shortages and outbreaks of waterborne diseases including cholera and typhoid.