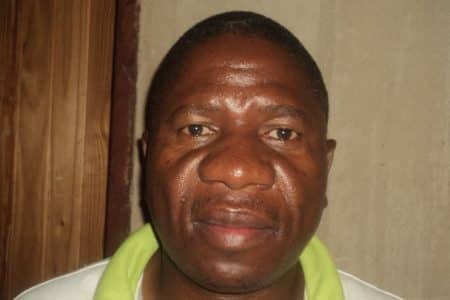 FORMER Masvingo Central legislator Jeffreyson Chitando has issued a five day ultimatum for council to produce receipts that prove Zanu PF had booked its two grounds for its which were scheduled but never took place.

hitando wrote to the Masvingo town clerk and mayor demanding receipts confirming council had been paid for the use of Mucheke and Mamutse stadia.

His allegations are that council acted in a partisan manner by denying Citizens Coalition for Change (CCC) access to the stadiums on the basis that the ruling party had already booked the venues.

“I understand that the procedure for application for rally is that a political party first seeks clearance from your office if the proposed venue is free for use. The police in their letter of disproving CCC application was that Masvingo City Council stadiums were booked by Zanu PF. In this regard as a citizen, resident and ratepayer of Masvingo City Council I am demanding full proof of payment of both stadiums by the mentioned political party,” reads the ultimatum.

Chitando has threatened to take the legal action if council fails to meet his demands and address the matter within five days.

“Town Clerk if the above subject is not solved in an amicable manner we will take legal action, until council act positively. This issue has to be acted by council in less than five working days, meaning on 31 March we will issue a statement to Masvingo residents and ratepayers,” he wrote.

He also demanded that if council wasn’t paid for the facilities, revenue was lost therefore the culprit should pay the booking fees or be relieved of duties for ‘siding’ with the ruling party.

On Sunday, March 20, the ruling party didn’t hold its two rallies at Mamutse and Mucheke stadia which were hosting football matches.

Zanu PF provincial leadership told NewZimbabwe.com that they had postponed the rallies and would hold them anytime this week.

Party provincial spokesperson, Ophias Murambiwa said: “We couldn’t hold our rallies yesterday because we had to sort out some issues first so we are going to hold the rallies this week. The provincial Chairman and his leadership will meet and discuss on the possible date to host the rallies.”

With just one day left before the Saturday by-elections, the party seems to be saving face for a failed strategy to block CCC from hosting its provincial star rally.