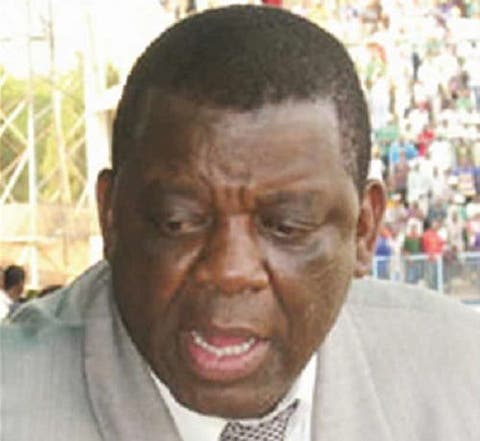 A family source revealed to NewZimbabwe.com Sambo had contracted the world pandemic.

The veteran football administrator passed away at Parirenyatwa Hospital in Harare Thursday where he had been admitted after complaining of breathing problems, one of the symptoms of the coronavirus.

“He was admitted at Parirenyatwa hospital after showing symptoms of Covid-19. He tested positive but he seemed to have been recovering well but they don’t know what happened all of a sudden and he passed away on Wednesday evening,” said a close family relative, who did not want to be named.

Sambo, an ex-banker is widely regarded as one of the finest football administrators of his era after successfully negotiating a lucrative sponsorship deal with mobile network operator Econet during his tenure.

Econet however withdrew the sponsorship barely a year into the five-year deal, citing continued squabbles in the sport as their reason after CAPS United signed a sponsorship deal with their rivals NetOne.

After stepping down from his role with the PSL in 2006, Sambo was also instrumental in the coordination and former of a Positive Women’s soccer league between in 2008.

Sambo has, of late, been a member of the Lifelong Footballers’ Trust which has been heavily critical of the way domestic football is being administered.

The Premier Soccer League described Sambo as a passionate administrator who always advocated for commercialisation of the domestic game.

“The PSL learnt with shock and deep sadness of the untimely passing of former PSL CEO Chris Sambo. Mr. Sambo was a passionate and dedicated football servant who gave a lot for the love of the game. As PSL CEO, he served the League with distinction. He advocated for the full commercialisation of football and facilitated various competitions and sponsorship models. His life, work, and generosity will always be remembered by everyone who had the opportunity to work with him,” Zimbabwe’s topflight league said in a statement.

The PSL added: “As we mourn his sad departure, we celebrate his immense contribution in the development of local football. We extend our heartfelt condolences to the Sambo family, friends and the entire football family. May the Lord comfort you during this difficult time.”

Social media blogger and former Harare City Football Club media liaison officer, Hope Chizuzu who has also been a critic of the local football leadership, led the tribute to Sambo.

“I hate this. It hurts me. It hurts the spirit too…it hurts. This type of news is horrible…the former PSL CEO Chris Sambo is no more. He breathed his last at, of all places, Parirenyatwa hospital this evening. This Covid-19 menace is targeting and it is no joke. Rest in peace Chris. Who will push me to sanitize our football? Go well, Mr. Sambo! I’m gutted. Football is poorer without you boss,” Chizuzu said.