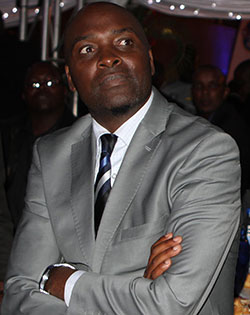 OUTGOING Premier Soccer League (PSL) chairman Twine Phiri has accepted the decision by ZIFA to exclude from seeking re-election and says he will support any candidate who wins the polls scheduled for March 5.
The elections pit Highlanders chair Peter Dube who is also the acting PSL chair against Dynamos president Keni Mubaiwa.
“I wish whoever will be elected well in his new post. I will always be there to lend my support to the new candidate,” said Phiri.
“I am leaving this post a proud man because I think I played my part and the next PSL chair should take it from where I left and take the league to another level.”
The elections were ordered by Zifa after Phiri’s mandate was revoked by the councillors last October together with other members of the previous Cuthbert Dube-led board.
Phiri was supposed to seek a fresh mandate to lead the PSL, but he was no longer eligible according to the PSL constitution, after Harare businessman Farai Jere took over as the majority shareholder at Caps United with a 60% stake.
Phiri was left with a 20% stake, while fellow board member Nhamo Tutisani also got a 20% stake.
Only club presidents, or chairpersons, can contest the PSL chairmanship according to the PSL constitution.
Zifa however, have revealed they will undertake a forensic audit of the Premier Soccer League to establish the financial status of the top-flight league including deals signed by Phiri during his tenure since it will be under a new leadership in March.
Phiri is credited for securing the Super Sport sponsorship deal which has seen the league and cup games being screened for the past five years.
“Following the end of an era of the PSL leadership under Twine Phiri, ZIFA would like to advise the football public that we will institute a Forensic Audit which will among other issues look at:
(i) SuperSport deal viz-a-viz benefits, Agents.
(ii) League’s financial standing.
(iii) Relations with sponsors.
(iv) Development programmes in the last six years.
(v) The League’s role in the ZIFA debt,” a statement released by ZIFA chief executive, Jonathan Mashingaidze, said.Advertisement