The complaint relates to the alleged theft of money, which he says was hidden on Ramaphosa’s Phala Phala farm in Limpopo.

He says the suspects were kidnapped and interrogated on the President’s property and later bribed for their silence.

Fraser says Ramaphosa concealed the crime from both the police and SARS.

Read the statement below. 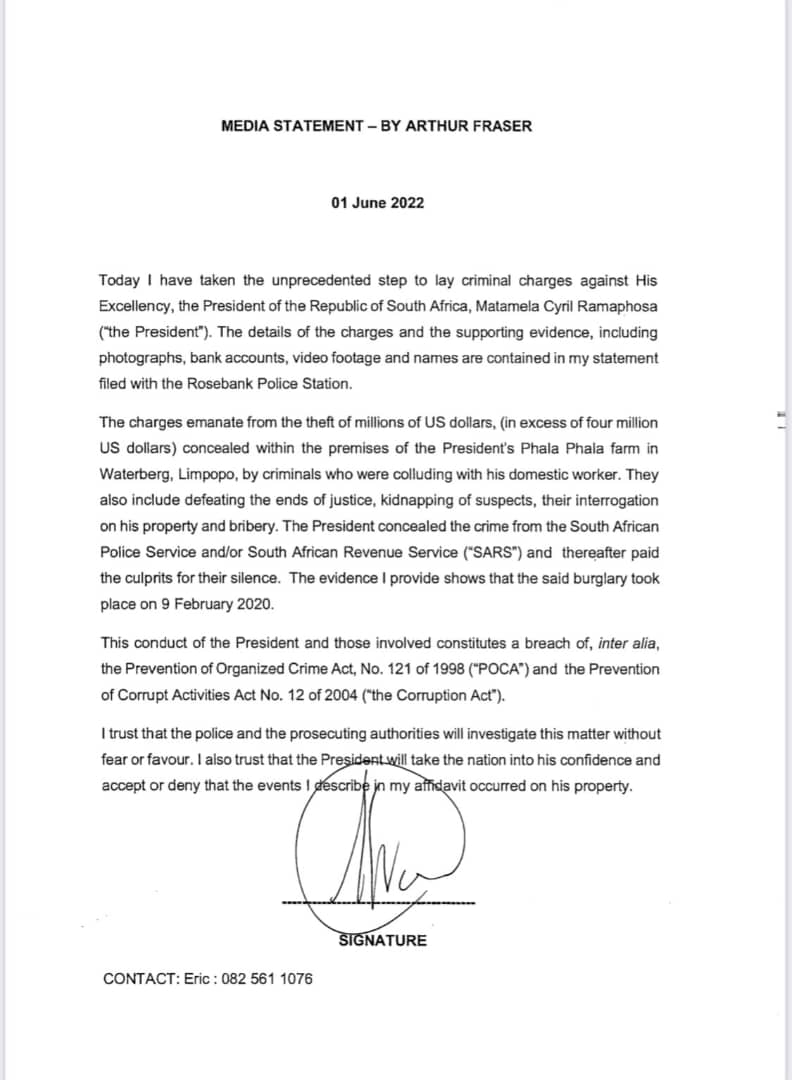