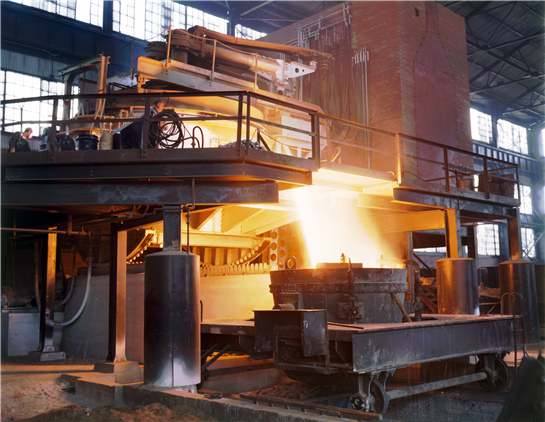 CREDITORS of the former listed steel engineering firm, Gulliver Consolidated on Wednesday voted to dispose of its assets worth $5,3 million after the company, which has been under final administration for over a year, failed to attract new investment.
Gulliver’s woes reflect Zimbabwe’s de-industrialisation, which economists say started in the 1990s but accelerated in the 2000s after President Robert Mugabe’s government seized white-owned farms to resettle landless blacks, causing upheavals in commercial agriculture – the bedrock of the economy.
At Zimbabwe’s independence in 1980, the manufacturing sector’s contribution to the Gross Domestic Product was 22, 1 percent before dropping to 7.1 percent at the peak of the country’s worst economic crisis in 2008, according to independent research group Ruzivo Trust.
The sector’s contribution has hovered just above 10 percent in the years following dollarisation in 2009.
At its peak, the manufacturing sector used to contribute about 42 percent to export earnings, but as of 2010, the sector’s contribution to GDP and exports was 13 percent and 27 percent, respectively, while employment in manufacturing has declined significantly from 206,000 in 1991 to 127,300 in 2009.
Zimbabwe’s industrial sector is utilising just over 30 percent of its capacity, down from above 70 percent in 1994 and a post-hyperinflation spike of 57 percent in 2011.
Manufacturers have to contend with growing competition from more efficient producers, while grappling with chronic underfunding and structural problems such as rolling power cuts.
Gulliver, a household name in the manufacture of railway rolling stock, road tankers, silos, trailers and fuel tanks among an array of engineering products, was placed under final judicial management in 2013 due to liquidity constraints, unsustainable high costs of borrowing and high administrative costs.
In February, the High Court approved the liquidation of the firm, which owes creditors, including banks, $8,8 million.
Interfin Bank, which is also under liquidation, is owed $2,3 million; ZB Bank $1,2 million; Agribank 314,000 and Industrial Development Bank – an unsecured creditor – $809,000.
Liquidator, Reggie Saruchera of Grant Thornton said the company was, however, still holding faint hopes of survival, if two major contracts from the National Railways of Zimbabwe (NRZ) and Zimbabwe National Water Authority (Zinwa) materialised.Advertisement

“Gulliver can turn around if we secure a huge fabrication contract. We were hoping for a contract from NRZ worth between $10 and $50 million but it has not yet come through,” he said, attributing this to lack of funding for infrastructure projects in the country.
He said the company, which has done work for companies such as Zimbabwe Fertilizer Company and Freda Rebecca gold mine in Bindura, was currently relying on small jobs while waiting for a breakthrough but these were not enough to sustain its operations.
“If those big contracts come, we want to recover money and get the business reconstructed. We have not given up hope. If everything else fails then we will sell the assets individually,” he said.
He said the group’s subsidiaries and divisions — Moresteel, More Wear Consolidated Industries, Industrial Galvanising and Fabricating, Lysaght Steel Merchants, More Wear Industries, Gulliver Logistics and Megasteel and Gulliver Management Services (Private) Limited — would be disposed as going concerns.
Saruchera told creditors that the company would investigate allegations against former directors over missing $600,000.
“We are pursuing fraud allegations against former directors after $643,000 was whisked out of the business. We want to know whether the directors were working in cahoots or it was one director involved,” he said.
Gulliver’s troubles started in 2009 after the introduction of the multi-currency. In 2010 and 2011 the company suffered heavy losses of $4,3 million and $3 million before tax and $297,000 in 2012.
Income stood at $2,7 million in 2012 — the most recent available records — compared to $3,1 million the year before while administrative expenses swallowed $1,1 million, almost half of the company’s income.