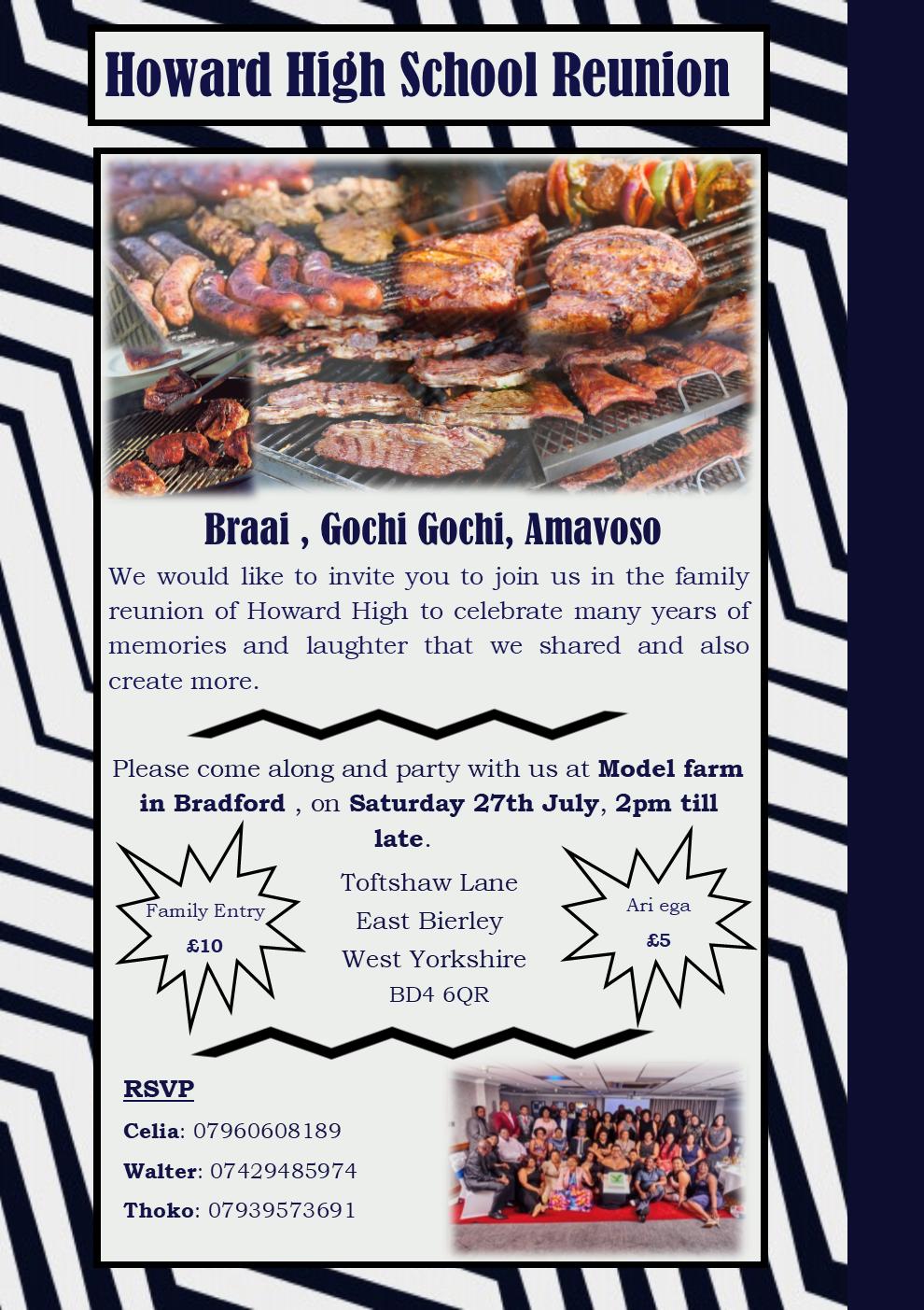 HARARE’s Howard High School alumni based in the United Kingdom, are set to host a charity event to refurbish their former school’s dinning-hall back home and repaint buildings.

The Howard High School Reunion is scheduled for the 27th of July and will be held at Model Farm in Bradford, UK.

Speaking to NewZimbabwe.com this Thursday, the event organiser and Howard High former student, Celia Musanhu said all the proceeds from the BBQ will be put towards face-lifting their school’s dining-hall and buying equipment for the school and students.

“Our event is a family BBQ in Bradford on the 27th of July. It’s a fundraising for our high school.

“The funds will go towards school equipment, stationery, crockery for the kitchen, desks and chairs and the main issue is to uplift the dinning,” Musanhu said.

The alumni’s initiative will help spruce up the old building at the school build in the 1920s.

According to Musanhu the fundraising event is also a celebration of the memories the former students share about their time at the school.

Entry fees are pegged at £10 per family and £5 per individual.