Former Zimbabwe Warriors and Kaizer Chiefs captain Willard Katsande has backed his compatriot and ex-teammate Khama Billiat to rediscover his good form after a difficult start to the campaign in the South African Premiership.

Injuries and inconsistent form have blighted Billiat’s season so far which has resulted in him managing just one goal and two assists in 12 league appearances, stretching back to the previous campaign. 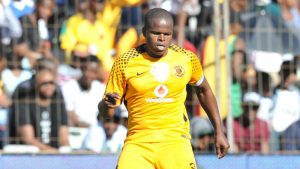 Billiat has been at the receiving end of some intense criticism from the Kaizer Chiefs fans and former players as a result, but Katsande, who retired from professional football at the end of last season, believes his compatriot has been contributing beyond goals and assists.

“I know Khama is a big boy, he’s my little brother and I always spend time with him, always telling him how important he is to the club and the setup,” Katsande said in an interview with KickOff.com.

“I always tell him, ‘You are our spearhead, you are our best player, so you need to know that you are the best. We are coming from five months without playing football, so obviously there’s a little bit of rust, but what you can do is contribute towards the team.’

“So, at the moment, yes, he’s not getting there where we know him, but look at his contribution to the club and the team, he’s very, very useful and that’s why he’s always selected to play.

“Goals will come, we just need to be patient with him and give him confidence, which is what he needs at the moment, and we will try to put him in a comfortable position whereby all he thinks about is just playing well and helping the team.

“The most important thing, as much as you are a good player, you need to be a team player. So, basically, this guy is a big player but he’s a team player.”