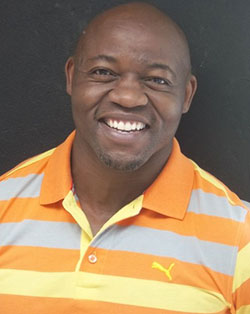 FORMER Zimbabwe Broadcasting Corporation (ZBC) showbiz presenter, Nkululeko Chunky Phiri has landed a role on the South African television soap, Rhythm City.
Phiri presented the Saturday music request show on ZTV before switching to Ezomgido where he is well popular with viewers for his humour.
He joined Rhythm City in July this year and plays the role of Doctor Motsepe who is Mile Vilakazi’s physician.
Obey Muchipisi, who is Phiri’s agent in South Africa said: “His role falls under ‘guests’. Guest roles are more like ongoing roles. He (Phiri) comes in and out of the story as his related the story’s main protagonists.
“Chunky, has always been in the entertainment industry in Zimbabwe, so, naturally, when he moved to South Africa, he had to find his way into the entertainment industry again. His role will depend on the story’s twists and it is not clear how long he will be there.”
Added the agent: “Rhythm City is like a one big family. Everyone is welcoming and accommodating.
“It also takes one’s professionalism to gain respect; know your lines, your marks and be on time and everyone is happy.”
Phiri who has also working as a celebrity fitness trainer has also auditioned for another South African soap – Generations.
According to the agent, something big was also in the offing for his client although he declined to give more details.
“For Chunky, it’s more like keeping in touch with his passion than acting in South Africa. He strives to entertain people and to motivate them to follow their hearts. One is always happy if they do something close to their heart.”
Phiri has also done some commercials in South Africa for various companies as he continues to make his way in the South African showbiz industry.
Muchipisi put the remarkable progress down to Phiri’s talent, passion and determination to make it in whatever he does.
His appearance on the South African television sparked some excitement from some Zimbabwe on social networking sites with many saying he was doing the country proud.
Said Patricia Majalisa’s dancer, Zimazile Mguni: “AmaZimbo siyabangena you go Chuncky, asibangene Holla! (Zimbabweans we are getting there go Chunky).”
Phiri also featured in Ihawu Lesizwe’s two songs, Shova and Sesikhona njalo when he was still based in Zimbabwe.Advertisement