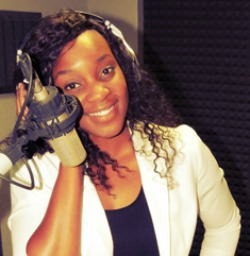 FORMER ZiFM Stereo radio personality Ruvheneko Parirenyatwa wants her former employer to be sued for defaming a local businessman, Tafadzwa Musarara, who is demanding $200 000 in compensation.
Musarara is demanding $200 000 from the cabinet minister’s daughter who he said humiliated him during a live radio political show she was hosting.
In her response to Musarara’s demands through her lawyers, Coghlan Welsh and Guests legal practitioners, this week, Parirenyatwa said the former should direct his demands to Zi FM Stereo.
“The Defendant’s actions during the time in question were within the course and scope of her employment with Zi FM Stereo.
“In as much as the Defendant denies defaming the Plaintiff, it is only proper that the Defendant’s erstwhile employer be joined to these proceedings given that what is in issue transpired during the course and scope of Defendant’s employment with ZiFM Sterio,” reads part of her response.
“The Defendant shall accordingly apply for the joiner of her erstwhile employer to these proceedings,” the lawyers said.
Musarara’s claims arose from an interview he had on the Supa Mandiwanzira owned radio station in May last year which was hosted by Parirenyatwa discussing politics with  #ThisFlag social movement leader pastor Evan Mawarire.
During the radio show, the out spoken cleric accused President Robert Mugabe of ruining the economy before attacking him for giving false job creation promises in 2013.
Musarara said the host did not protect him from the elusive cleric during the entire one hour live radio show.
Her employer also felt that she could have protected Musarara from being outclassed by Mawaire and this led to Parirenyatwa disowning the businessman whom she said had bulldozed into the programme.
But her claims were denied by the radio station’s chief executive officer, Susan Makore, who gave a press statement confirming that Parirenyatwa had invited Musarara to partake in the programme.Advertisement