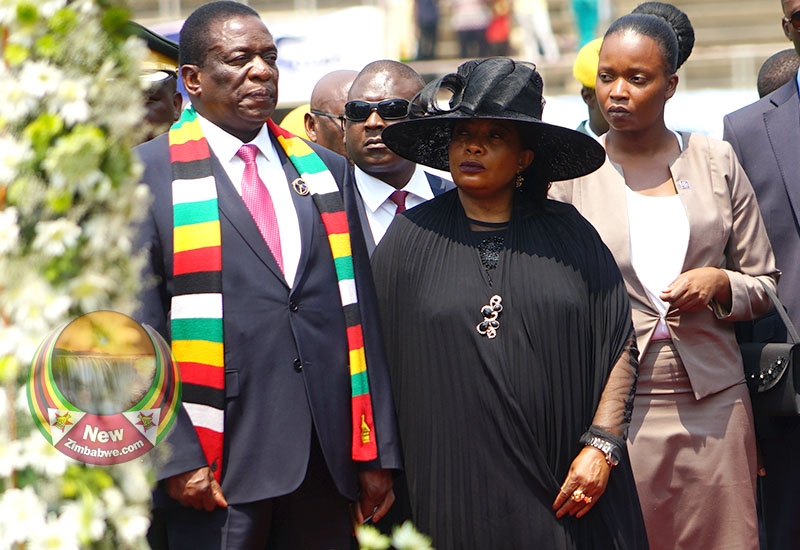 FOUR members of staff in the Office of the President and Cabinet (OPC) assigned to provide security for First Lady Auxillia Mnangagwa’s perished in a car accident in Nyanga Thursday morning.

The OPC said in a statement the four were on their way to Ruwange, Nyanga to hand over food stuffs to the under-priviledged under the First Lady Auxillia Mnangagwa’s Community Assistance and Empowerment Programme.

They were part of the first lady’s advance team to the rural community.

“The Office of the President and Cabinet regrets to announce the death of four of its Staff Members from a road accident which occurred early this morning at a black spot near Regina Coeli Mission along the Nyanga-Ruwange Road. The office will, in due course, provide more details on this tragic accident which is already being investigated by the Zimbabwe Republic Police,” chief secretary to the President and Cabinet Misheck Sibanda said.

The first lady’s vehicles have over the past few years been involved in several fatal accidents. She travels frequently around the country on her charitable works.

On April 24, 2020, one of her aides died on the spot while three others were seriously injured when her motorcade was involved in a fatal accident in Muzarabani, Mashonaland Central province.

In April, last year, a police outrider, sergeant Freddy Chipato, died on the spot after his bike was crashed by a motorist as while escorting her to Chinhoyi

He convoy was also involved in another accident near Kwekwe in May 2020.