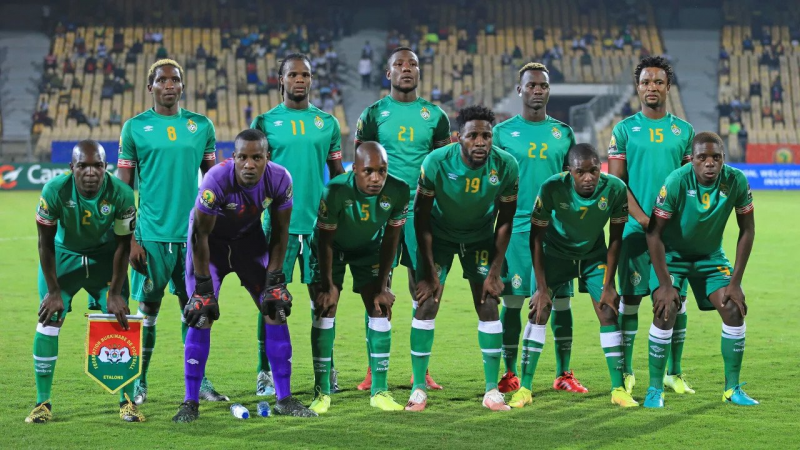 FOUR members of the Zimbabwe Warriors delegation at the African Nations Championship (CHAN) have stayed behind in Cameroon after testing positive for the coronavirus before the team’s departure Wednesday.

The country’s football mother body ZIFA Wednesday announced the four members of the Warriors contingent who tested positive would remain in quarantine in the West African nation until their recovery.

“ZIFA confirms that four members of the CHAN delegation tested positive to Covid-19 and have remained quarantined in Cameroon. Meanwhile, other members of the delegation are now in the country. We wish quick recovery to all the affected players and officials,’’ posted ZIFA on their social media platforms.

Although ZIFA did not reveal the identity of the players and technical officials who remained behind in Cameroon, it has been confirmed that the individuals include Warriors assistant coach Tonderai Ndiraya, goalkeeper’s coach Zivanai Kawadza and the duo of players Qadr Amini and Farawo Matare.

The latest positive tests come after Zimbabwe’s participation in the tournament was thrown in turmoil before departure for Cameroon, the Warriors camp was halted after 15 players and officials tested positive for Covid-19.

Zimbabwe was, however, able to participate in the CHAN finals after 14 of the infected individuals were able to recover prior to departure for the tournament where Zimbabwe lost all three of their group matches.

Those who returned home from Cameroon will get tested Wednesday before they are released from camp.

The Zdravko Logarusic-coached locally based Warriors lost all their three Group A matches against hosts Cameroon, Burkina Faso and Mali to exit the tournament without a single point, in what remains the worst record by a Zimbabwe team in the competition.