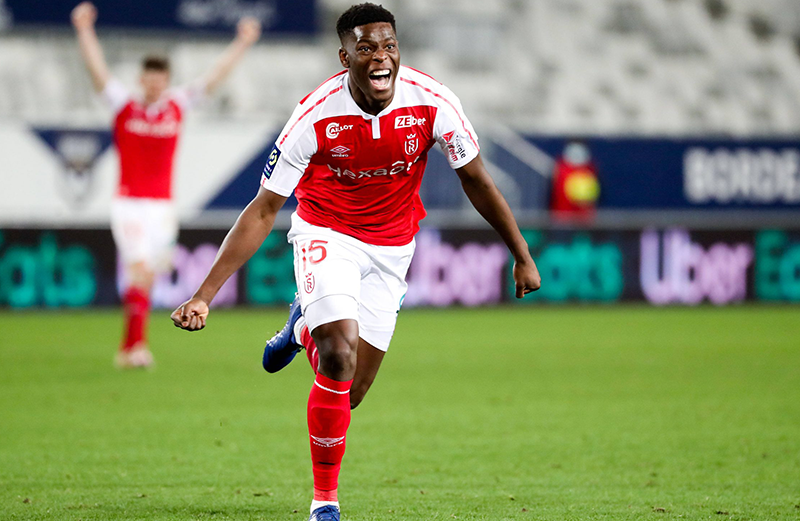 FRANCE-BASED Zimbabwe international Marshall Munetsi has been making waves on the football pitch over the past few seasons with some sterling performances for Ligue 1 side Stade de Reims.

Now he is beginning to make an impact off the pitch as well.

After his recent efforts in speaking out on behalf of local footballers about the government’s interference in the administration of the local game and the subsequent suspension by FIFA, Munetsi has been recognised by the International Federation of Professional Footballers (FIFPRO)

Munetsi was on Wednesday named to the influential FIFPRO Global Player Council (GPC), a platform for active players with international experience, ensuring viewpoints from men’s and women’s football and different leagues from around the world are heard.

The 26-year-old box-to-box midfielder is among the three new names who were added to the now 34-member council together with Nigerian women’s football star Rasheedat Ajibade, who plays for Atletico Madrid, Kenya’s Enez Mango of Romanian side Farul Constanta.

Former Italy captain Giorgio Chiellini, who now plies his trade in the US for Major League Soccer side Los Angeles FC, is among the players who sit on the council.

The council assists FIFPRO and its 66 affiliated national player associations to represent footballers in negotiations about global issues that directly affect them including the international match calendar, employment standards, the use of personal data, social media abuse, and more.

Munetsi, who has been consistently vocal about the country’s ongoing suspension from international football by Fifa and its negative effects on the careers of local footballers said he is happy to be part of the council.

“Being a part of the Global Player Council means we can help footballers worldwide – such as protecting players against fake agents, or against government interference. I’m eager to get started,” said Munetsi.

Ajibade, who has starred for the Nigeria women’s football team and her Spanish side Atletico Madrid emphasised the importance of the views of the players.

“It’s important that the voices of players are heard,” said Nigeria forward Ajibade. “I’m looking forward to using my platform to help players in Africa and beyond.”

“Players should be consulted and have a say when it comes to decisions that affect our job,” said Kenya international Mango.

FIFPRO, which is headquartered in Hoofddorp, Netherlands is the worldwide representative organisation for over 65,000 professional footballers around the world.