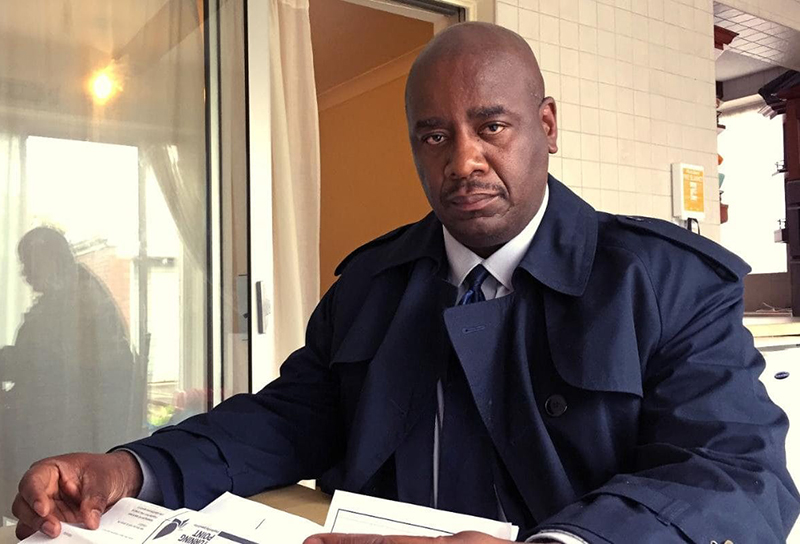 HE heroically saved the lives of two children, the fire service called his actions “noble”, the community rallied round him – and now the Home Office has threatened him with deportation.

The status of Manchester resident Robert Chilowa, 47, was already under threat when he rescued two young girls from a house fire in Withington, in the south of the city, which claimed the lives of their grandparents.

He regularly reported to the Home Office centre in Salford as an asylum seeker, but it was while he was in hospital recovering from the effects of smoke inhalation that he received the news from the Home Office to say all support was ending and he was expected to return to Zimbabwe.

“I was living in mass accommodation provided by the Home Office and at around 2am in the morning I was woken by screaming.

“It was so distressing that I jumped out of my bed. My sixth sense told me that this person was in danger and needed help.

“I went outside, still barefoot, and I could see that four houses away a house was engulfed with fire,” said Robert.

As the screams became louder Robert ran to the back of the house and saw that a young girl had jumped and broken her leg. She indicated that her brother and sister were still inside but when Robert looked up he could not see anything as it was pitch black and he was driven back by the intense heat and smoke.

“I eventually managed to overcome this and convince the children to jump. My own life was in danger but I didn’t really think about it. They jumped and I caught them.”

Robert has lived in the UK since 2001 and considers this his home. He is a member of the opposition party in Zimbabwe and could face persecution for his political activity if forced to return.

“After the incident I expected a better response from the Home Office. I expected them to change their heart and make a more positive move. My whole life is based here. “If I’d done something terrible like committed murder then it would be fair to remove me. But when I have done a good deed surely, I thought, they would change their mind.”

Robert’s case is in stark contrast to Mamoudou Gassama, an illegal immigrant residing in France.

Mamoudou, below left, rescued a four-year-old boy he saw dangling from the balcony of a fourth-floor Paris flat.

The hero was then invited to Elysee Palace to meet president Emmanuel Macron in person and has been promised a fasttrack process to gain French nationality.

Although there has been little intervention from his local MP, Robert has gained support from local Liberal Democrat councillor John Leech, who wrote an open letter to the home secretary stating: “This man’s heroic efforts were the only saving grace in an otherwise tragic event.

“He is a true local hero; it’s that simple, and he should be allowed to continue living here.

“While the family mourns, this government, instead of lauding and thanking him, is deporting him – what kind of message would it send out if he were to be forced to leave the UK?”