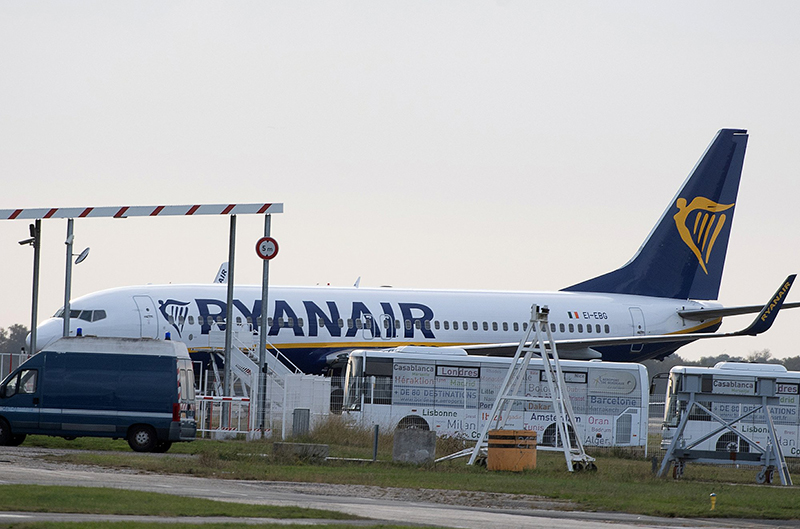 PARIS: Storms, strikes, computer failures — you can now add “your plane has been seized by the government” to the list of things that can delay your flight.

In France, 149 passengers were preparing to take off for London late Thursday when French authorities ordered their Ryanair Boeing 737 impounded.

The budget carrier owed money and it was “regrettable that the state was forced” to evacuate the plane, the civil aviation authority said.

The passengers had gone through passport control and security and were about to walk on the tarmac to board the plane when airport authorities told them to turn around, passenger Boris Hejblum said.

“The airport staff told us there was an issue with the plane,” he told The Associated Press in an email.

No Ryanair staff members were available, and the only communication from the airline was two text messages saying simply that the departure was delayed, and a 5-euro ($5.75) voucher for food — “less than what a sandwich cost at the airport café,” the 30-year-old Frenchman said.

“I found it strange that the police were the only ones giving us information,” he said.

The passengers were put on another flight that finally brought them to London’s Stansted airport — five hours late.

The scene unfolded at the Bordeaux-Merignac airport in western France, where authorities say the airline was ordered to pay back funds that the European Union had declared to be illegal subsidies. Ryanair did not publicly comment on the seizure.

French aviation agency spokesman Eric Heraud said regional authorities who originally gave the subsidies had been trying since 2014 to recover the money, and sent its final legal warning in May. After six months without a response from Ryanair, it decided to act Friday.

The standoff with French authorities will not help Ryanair, which more than most carriers, has come to symbolize budget airlines’ relentless focus on the bottom line at the cost of customer service.

Ryanair has become Europe’s largest airline by number of passengers by persistently offering some of the cheapest fares available. That ensures its planes are packed.

It then makes extra money with add-on fares. Besides charging for seating choice and food — now standard practice on budget flights the world over — it also has travelers pay for any carry-on bag that’s larger than a purse.

It manages to keep its costs down by flying to out of the way airports at odd hours to get cheaper airport slots.

Its CEO, Michael O’Leary, personifies the airline’s brash approach, sparring with unions and EU authorities. And despite conceding in 2013 that “we should try to eliminate things that unnecessarily piss people off,” the airline retains its reputation as something to be endured for the sake of flying cheaply around Europe.

“I would say we just took it as another Ryanair problem, having no information from them,” Hejblum said of Thursday’s incident. “When we found out about the seizure, I would say the general sentiment was to blame Ryanair for not complying with the law.”