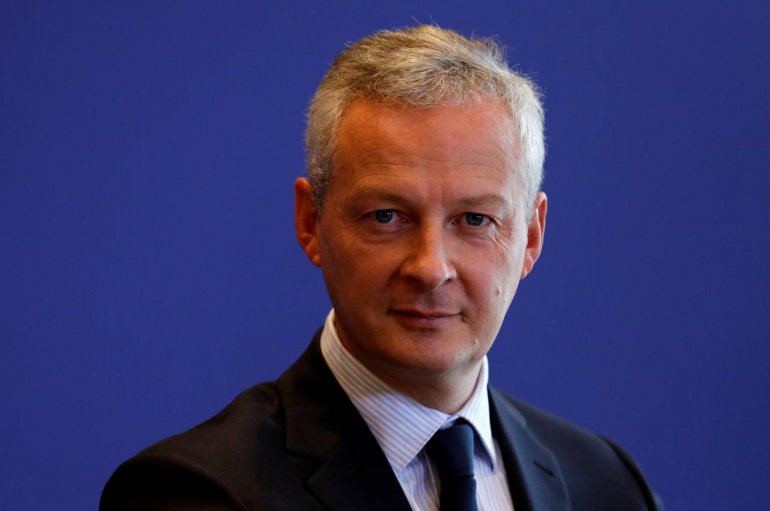 THE stability of the eurozone will be at stake if a populist new government in Italy fails to keep its financial commitments, French Economy Minister Bruno Le Maire warned Sunday.

“If the new government takes the risk of not respecting its commitments on debt and the deficit, but also the clean-up of the banks, the financial stability of the eurozone will be threatened,” Le Maire told CNEWS television.

“Everyone must understand in Italy that Italy’s future is in Europe and nowhere else, and if this future is to be in Europe, there are rules that must be respected,” he added.

Brussels is anxious that Italy continues with efforts to bring down its massive debts in line with EU rules, wary that a new government in Rome will seek to increase public spending.

The EU forecasts that Italian public debt will remain 130 percent above its GDP this year — more than double the bloc’s 60-percent ceiling.

“I respect the sovereign decision of the Italian people, but there are commitments which go beyond all of us,” Le Maire said.

“We will see what decisions are taken by Italian officials. I cannot stress enough how important it is to keep these commitments in the long-term to guarantee our common stability.”

The anti-establishment Five Star Movement (M5S) and far-right League party, which are edging towards forming a government, called for deep changes in Italy’s relations with the EU in a joint policy programme published Friday.

Italy has been in political deadlock since inconclusive elections in March.

While an exit from the single currency — mooted in leaked drafts of the document — is no longer proposed, the document announced the parties’ intention to review “with European partners the economic governance framework” of the EU, including the euro.

The parties want a monetary union that is “appropriate for the current geopolitical and economic imbalances and consistent with the objectives of the economic union”, it said.

In a Facebook video, Five Star leader Luigi Di Maio said that the programme had received an approval rating of more than 94 percent after it was put to party members for a vote on M5S’ online platform.

The League was also offering a vote to anyone visiting party stands put up across the country over the weekend.

But as voter approval is little more than a formality, all eyes are on who the two parties will choose as their candidate for prime minister.

They need to announce a name in time for a meeting on Monday with President Sergio Mattarella.

The League — shorn of the rest of the rightwing coalition that won 37 percent — will be the junior coalition partner with 17 percent.

The joint policy platform also includes a number of manifesto promises from the League, including hardline immigration and security proposals.