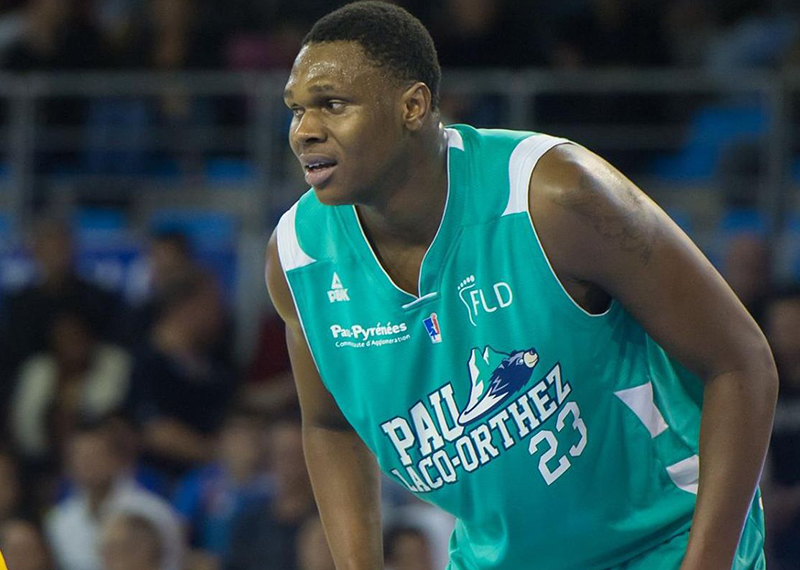 ZIMBABWE basketball superstar Vitalis Chikoko has been rewarded for his consistent run of form over the last two seasons.

He has been selected to feature in the prestigious French National Basketball League (LNB) All-Star Game to be played at the Bercy Arena in Paris on Saturday.

The LNB All-Star Game is a high-profile basketball exhibition game hosted every year, pitting a mix of the league’s star players from France against a team of the best foreign players plying their trade in the league.

The event was first held in 1987, as the French version of the NBA All-Star Game held annually in the USA.

Chikoko will make his debut in the elite exhibition game following yet another impressive season with French top-flight club Élan Béarnais Pau-Orthez.

The towering 27-year-old power forward is enjoying a solid season, averaging 15.6 points and 7.5 rebounds per game, his best start to the season for Élan Béarnais Pau-Orthez since joining the French club in 2016.

Chikoko was one of the two Élan Béarnais Pau-Orthez players named in the 12-man international squad for the LNB All-Star Game roster together with Venezuelan strongman Donta Smith.

Selection for the All-Star Game comes after Chikoko signed a two-year contract extension with Élan Béarnais Pau-Orthez, which prolongs his stay in southwestern France to the end of the of 2022/23 season.

The Glen View-bred star, whose ultimate dream is to play in the United States’ lucrative National Basketball Association (NBA), said he was happy to continue his progress in France.

“I love this club, and this city; it’s like my home now and I feel very comfortable here,” Chikoko said in a statement on Élan Béarnais Pau-Orthez’s official website.

“I am happy to see that many of us are staying with the club. This is perhaps the most important thing today because it will allow us to have good chemistry as soon as it is resumed and to integrate new players more easily.”

Chikoko’s breakthrough to European basketball came in 2011 when he was signed by German Bundesliga side ASC Göttingen from Mbare Heat before switching base to fellow German top-flight side TBB Trier.

He also had stints in Italy with Pallacanestro Reggiana and Tenezis Verona in 2015 before returning to Germany a year later after being signed by Bayern Munich.