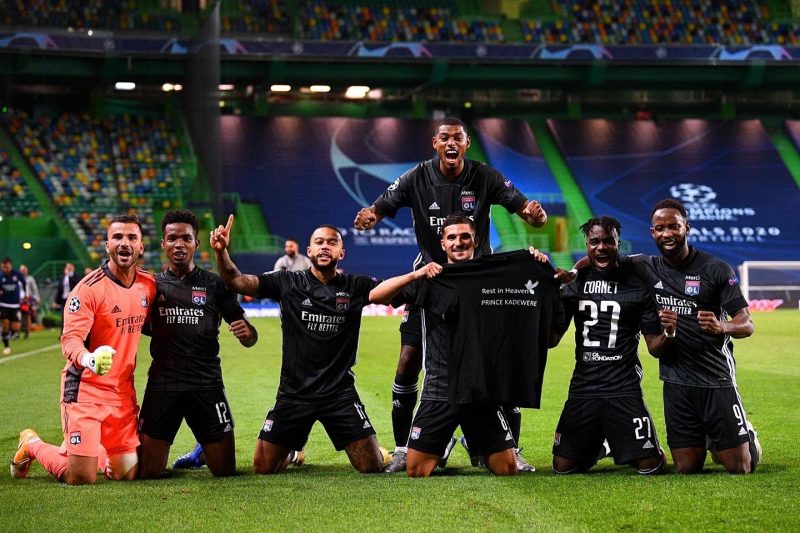 Lyon shocked the Premier League giants on Saturday, earning a 3-1 win to book a place in the Champions League semi-finals.

The French outfit opened the scoring in the first half through Maxwel Cornet, with Lyon hitting City on the counter to take the lead.

Kevin De Bruyne levelled the scoreline with a first-time finish in the 68th minute to seemingly get City back into the match, but Pep Guardiola’s team were undone by two late goals from Dembele.

The French forward beat the City backline for his first goal, sliding a shot between Ederson’s legs in the 79th minute.

Then, after a shocking Raheem Sterling miss, Lyon went back the other way following a giveaway in midfield, with Dembele tapping home after Ederson spilt Houssem Aouar’s shot back into the centre of the box.

Afterwards, Depay (26), who has struck a good friendship with Zimbabwe international Tino Kadewere since his move to the club in January took the opportunity to dedicate the win to Prince Kadewere.

Prince, who was 40 at the time of his death, is a former Monomotapa player and was currently the coach of Division Two side Highfield Youth Academy, founded by his late father  Onias.

“What a team work! A proud moment for the players, staff, president, Club, and supporters!!! Tonight’s victory shows that with dreaming and believing you can achieve things! Also, dedicate this victory to Prince Kadewere! Rest in heaven, Tino, we keep you and your family in our prayers .”

Dembele who scored a brace against Manchester City dedicated the victory to Kadewere.

The striker said: “My brother Tino this victory is for you, be strong my brother!”

Now, Lyon, who finished seventh in Ligue 1, will look ahead to a semi-final clash with Bayern Munich, with the German champions riding high after an 8-2 demolition of Barcelona.

Lyon and Bayern will meet in the semi-final on Wednesday, with the former having already taken down Juventus and, now, City in the knockout rounds.

The winner of that match will take on either PSG or RB Leipzig in the Champions League final, which is set for August 23.