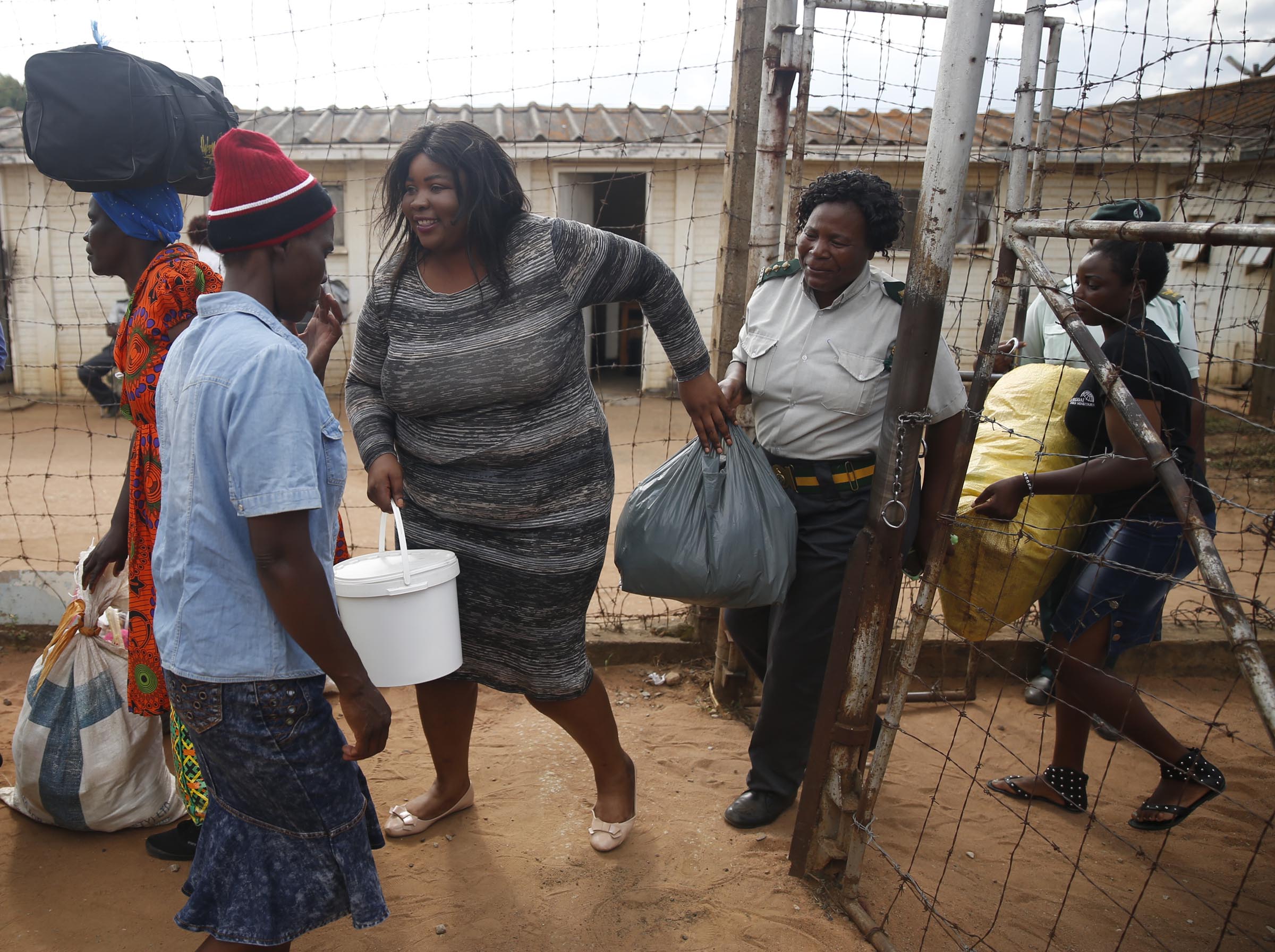 MDC-T activist Yvonne Musarurwa said now that she has been released from serving time for a crime she didn’t commit she will start from where she left to fight for democratic and peaceful change against the regime (Zanu PF) that sent her to jail.

Musarurwa said she is out not because of the amnesty but because it was God’s plan.

The pro-democracy activist was part of the 87 prisoners who were released from Chikurubi Female Prison Thursday under the amnesty granted by President Emmerson Mnangangwa.

Musarurwa told a group of journalists that she was just a victim because she was a political opponent of the oppressive regime.

Together with other MDCT officials, Tungamirai Madzokere and Last Maengahama, they were sentenced to 20 years in jail each for the murder of a police officer, Inspector Petros Mutedza, in Harare in 2011.

“I still can’t believe that I have been released from serving jail time for a crime that I did not commit,” said a tearful Musarurwa.

“First I want to say to the late Petros Mutedza’s relatives, I did not murder your relative and I guess his spirit knows what happened and may his soul rest in peace, I leave everything to God.”

“Secondly, I want to say it again, I did not kill the late police officer.”

Speaking on her plans now that she is out Musarurwa said she was more determined than before to fight for democratic change.

“I am coming back into politics because the democratic journey that we started with the now late MDC leader Morgan Tsvangirai needs to be completed,” she vowed.

“And when I heard about his death (Tsvangirai) that was one of my saddest days in my political life and I will work hard from this day and make sure that the late MDC-T leaders’ dream of a free and democratic Zimbabwe is achieved.”

Speaking about her time in jail, Musarurwa said she learnt to love unconditionally.

“Inmates and officers have a cordial relationship that I wish should be emulated outside,” said the MDC-T activist.

“I also learnt that you need to lean on God because I have seen that there are some people who will dump you at the last minute when you need them most.”

She added, “Serving time has also given me a chance to know who are my true friends; I know who stood by me from day one till today.”