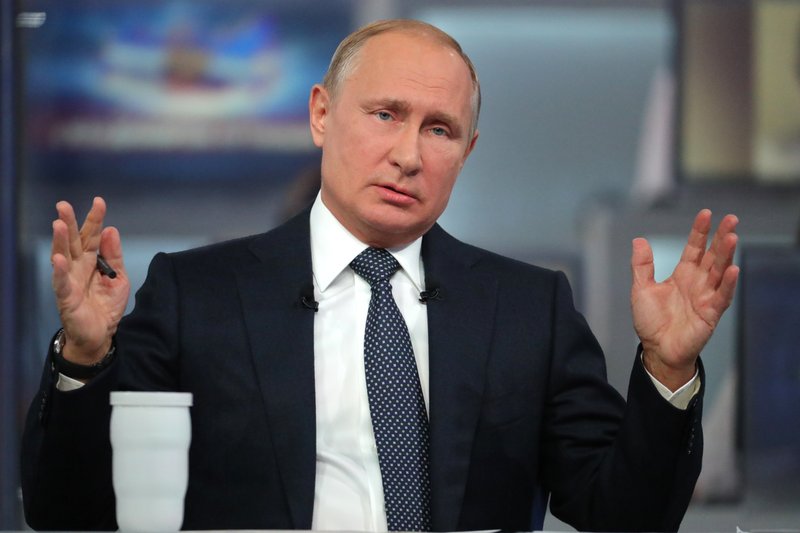 The World Cup in Russia has been hailed as a success by foreign visitors but treated with more caution by locals dubious that their seemingly new-found freedoms will survive once the circus moves on.

Russia’s vibrant world of social media is often a good place to measure the nation’s pulse after something big happens.

It seems to be united in one big smirk.

One online meme showed a grinning National Guardsman watching a World Cup fan on the subway with a Peruvian flag draped over his shoulders guzzle a bottle of beer.

“How to booze it up: wear a flag of any country (except Russia) and turn from a local alky who needs to be arrested into a respectable tourist just trying to have fun.”

“Feel like a second-class citizen in your own country,” it said over two pictures.

“Freedom is over,” still another viral tweet said under a picture of an empty fan zone marking the conclusion of the World Cup on Sunday. “Welcome to the real Russia.”

Diplomats use the term “soft power” to describe cultural events such as sport that nations use to persuade sceptics abroad to warm to them.

It is one of the reasons President Vladimir Putin campaigned so heavily to bring the World Cup to Russia — and why Kremlin critics fought so hard against it.

Russians watched the 64 matches transform police who had detained hundreds during anti-Putin rallies in May into a genial force in June that posed for selfies with fans in funny hats.

Arrests became unheard of and long-banned things such as drinking in public and congregating on Red Square without authorisation turned into the happy norm.

FIFA boss Gianni Infantino described the month-long extravaganza Putin put on after spending $13 billion as “the best World Cup ever”.

And Putin himself said the 11-city celebration of the beautiful game showed that “actually the opposite” of what people heard and read about Russia was true.

“Many stereotypes about Russia have simply collapsed,” Putin said.

One of Russia’s most dependable “soft power” weapons prior to the football had been the RT international broadcaster of the Kremlin’s take on world news.

RT’s edit-in-chief Margarita Simonyan could not sound more impressed by the public relations show local organisers put on for a watching world.

“This World Cup, how it was staged and how it helped our country’s image — how finely, perfectly and resoundingly its information part worked… It was textbook,” Simonyan said.

“We managed to touch the cold-hearted mainstream Western media,” the RIA Novosti state news agency quoted Simonyan as saying. “They saw us the way we really are.”

Many foreigners visiting Russia for the first time agreed.

An Englishman named Matt Maybury even became a celebrity for tweeting that “British media should be ashamed of themselves for their clear propaganda against the Russian people”.

His message was picked up by TASS and then most other Russian media that same day.

The wild Western swing from uncompromisingly critical to effusively positive coverage of Russia before and during the tournament concerns people such as Robert Ustian.

The 34-year-old fights discrimination in football and knows more about Russian hooligans and police brutality than most.

Ustian is delighted with all the World Cup stadiums Putin built and the fans will inherit. He is distraught that foreigners are being sold a false reality of what Russia is.

“Will we still have smiling policemen after the World Cup?” Ustian wondered.

“Let’s ask ourselves why Russia cannot always be like it is during the World Cup. Let’s use this opportunity to take a look at ourselves.”

Russia’s last attempt to improve its global standing through sport involved pouring $50 billion into the 2014 Winter Olympics in the Black Sea resort of Sochi.

Yet any benefit Russia had gained was all but forgotten by the time its troops invaded and then annexed Ukraine’s Crimea peninsula the next month.