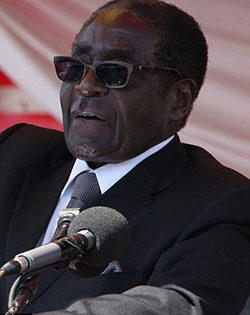 THE most dangerous form of colonisation in my view is the colonisation of the mind. While physical colonialism had drawbacks for people who were colonised, it is important to acknowledge that the colonists also brought many benefits. These included western medicine, formal education, infrastructure, political participation, sophisticated agricultural practices and accelerated nation building.
The danger, when a former colony becomes independent, is that it can swap one form of colonisation for another. This process is often incremental and insidious, so that people realise too late they’ve been entrapped by those who promised to bring them freedom.
While physical colonisation is transient, the new coloniser – in Zimbabwe’s case ZANU PF – has other powerful weapons in its arsenal and these are used to colonise the minds of the people, since colonisation of the mind has more permanency.
As Dr Mike Gammon, who was Chief of Veld and Pastures in Zimbabwe’s Department of Agricultural Technical Services between 1978 and 1983 wrote in 2008, “The Zimbabwe government’s campaign to obliterate commercial agriculture under the guise of agrarian reform, but in reality in the interest of retaining power through illegal and violent means, has been largely effective.
“A major part of this campaign has been incessant propaganda, based on distortions and lies, designed to give it respectability. Further deceptions have sought to give the impression that the pretence of agrarian reform has been successful,” he noted.
Those who have suffered most as a result of the farm invasions and the ongoing forced evictions from the few commercial farms still operational – largely to make way for high ranking ZANU PF personnel – have been the farm workers and their families.
In the case of my Centenary farm in the Figtree district of Matabeleland South province, Dr Ray Ndhlukula, who is the deputy chief secretary in the office of the President and the Cabinet, told me in June 2014 that the farm had been gazetted and offered to him by the Minister of Lands and Rural Resettlement.
On August 2, 2014 Dr Ndhlukula drove onto my farm and claimed that it “was now his property” and that he would be doing things “his way”. He said that his workers would remove my personal belongings and household effects, load them onto his trucks and take them away.Advertisement