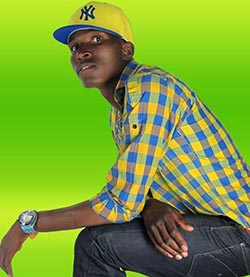 ZIMBABWEAN dancehall sensation Emegy “Freeman” Chizanga’s fourth album New Chapta is expected to be out this Friday with the artist having dropped a teaser from the latest offering this week.
Freeman uploaded a pre-release titled Vhaya on different online music-sharing platforms on Monday from which fans have been downloading the song which was produced by top dancehall producer Sunshine.
Vhaya captures how Freeman has been on the rise through the help of God despite various obstacles in his career.
Contacted for comment, the Joina City hit maker said his full album should be available for downloading on Friday ahead of an official launch at a date and venue soon to be advised.
“This time it’s different and this is a Christmas present to all my fans,” he said.
The 10-track offering will be marketed and distributed by Hillary Mutake’s Punchline Entertainment.
Freeman said the album was something different from the previous three – Tapinda Mustaeera, Last Man Standing and VaBeliever.
“This album is going to make noise in dancehall circles this Christmas with tracks like Vhaya, Wat ah Gwan and Sarura Wako,” he added.
Sarura Wako features Mukudzei Mukombe, popularly known as Jah Prayzah, and other tracks on the upcoming album include the title track New Chapta, Lyfe Yedu, Usanete, Tondera, Mi Wah Money, Chakanaka and Kusvika Ndafa.
The Dancehall Doctor, as he is affectionately known, has won the hearts of many in South Africa and the United Kingdom together with fellow Dangerzone artistes Jay C and Lady Squanda.
The Dangerzone frontman started his music carrier in 2008 and made it to the national airwaves with his hit Joina City in 2010.
He has managed to win the hearts of many youthful Zimbabweans with tracks like Summer Time, Handina Godo, Unondipa Rudo, Zvazvinhu and has off late released a video shot in the UK for one of his 2013 tracks, Doctor Wemagita.
More recently, Freeman has become one of the favourite artistes in various local clubs with tracks like Shaina, Kwakuseri and Zvebasa.
Freeman ft Princo Spice – Nditachire