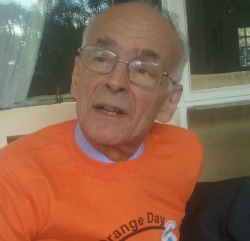 THE visiting French Ambassador for Climate in Africa and the Middle East, Stéphane Gompertz, says Zimbabwe should create policies which attract foreign direct investment which would in turn help fund climate change adaptation and mitigation programmes.
The French envoy was on a two-day visit during which he met the civil society organisations and government to share climate change related experiences ahead of a conference to be held Paris between 30 November and 11 December.
He said clear investment policies are critical in generating funding for Zimbabwe’s climate change programmes.
International investors are worried about the country’s economic and empowerment laws which give locals majority stake in foreign investment deals.
Government has however, indicated that it will review the laws with the intention of making them attractive to potential investors.
“Zimbabwe is in the middle of the river; it has started crossing the river but it has not yet reached the other side,” Ambassador Gompertz told reporters in Harare Thursday
“It has started a lot of things but very much remains to be done. Some decisions have already been made and many still remain to be made.
“We are trying to identify with your country because I find it very attractive.
He added: “We are still in the middle of the river; the other side is quite far away for all of us and we have to swim together.
The diplomat said Zimbabwe, which is yet to have a clear Climate Change Policy, should enact “energy and conservation policies and intensify fight against deforestation”.
Ambassador Gompertz said once Zimbabwe clarifies its economic policies energy companies from his country would invest and help fund climate change programmes.
“If companies can have a guarantee that they will be able to work without any trouble for a long period; French companies are here for a long whole, they do not come for one or two years.
“We want to invest and stay and that is why we want a win-win situation for Zimbabwe and for us obviously”.Advertisement