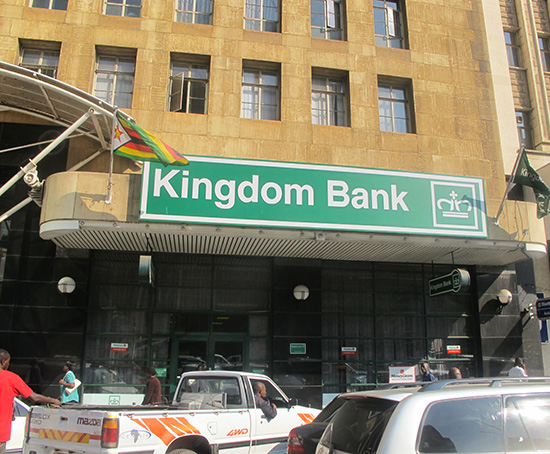 AN unnamed French investor is set to inject around $20 million into MicroKing Finance, a micro lending subsidiary of AfrAsia Zimbabwe Holdings Limited owned by Mauritius-based AfrAsia Bank (ABL) Limited which exited the country early this year and is now disposing of its remaining assets, The Source has established.
Financial troubles have haunted AfrAsia’s Zimbabwe unit, which it blamed on ‘legacy issues’ after buying out founder Nigel Chanakira in 2014  resulting in the group  — which had invested over $30 million into the bank — exiting Zimbabwe, triggering a series of events that culminated in the local bank surrendering its licence in February.
The central bank then cancelled AfrAsia Bank Zimbabwe licence and placed it under provisional liquidation with the Deposit Protection Corporation (DPC) being appointed liquidator.
The development left the group’s two other units – MicroKing, which had already been put up for sale, and asset manager AfrAsia Capital Management (ACM) facing an uncertain future.
DPC was established in 2003 through an Act of Parliament to compensate depositors in the event of a bank’s collapse using premiums paid by banks and pays out a maximum of $500 per depositor, while those with higher balances are paid after completion of the liquidation process.
Chief executive, John Chikura told The Source that they had received some tenders for MicroKing.
“We have a winning tender but we are now starting the process of engaging them to see whether we can agree on all the terms,” he said.
Chikura said the investors were from France.
“They will pay something to the shareholders and they will be investing something. Those are the things we are talking about. Those are the things we need to tie down but you are looking at around $20 million,” he said.
A deal was likely to be reached “by about mid-September,” he added.
MicroKing, was the one profitable unit of AfrAsia’s Zimbabwe operations, posting a profit of $568,600 in the full-year to June 2013, but lower than the $3, 7 million achieved in the prior year.
Since 2009, MicroKing has channelled over $200 million to small and medium enterprises.
On AfrAsia Bank Zimbabwe, Chikura said they were progressing with the liquidation although figures on the exact assets and liabilities of the bank were yet to be established.Advertisement

“There is a lot that goes on there. You need not only account for the assets, you need to have a valuation, you need to verify the accounts, you need to reconcile what the register says and it takes a while,” said Chikura.
He, however, could not give a date on when this process would be completed.
So far the bank’s creditors have received $4,5 million from DPC with the balance expected to be paid when the bank’s assets have been sold.
ABL took control of the former Kingdom Financial Holdings last year after buying out Chanakira and renamed it AfrAsia Zimbabwe Holdings.
The bank changed its name from Kingdom Bank to AfrAsia Bank Zimbabwe and Kingdom Asset Management to AfrAsia Capital Management.
AfrAsia is headquartered in Mauritius with offices in Johannesburg and London.