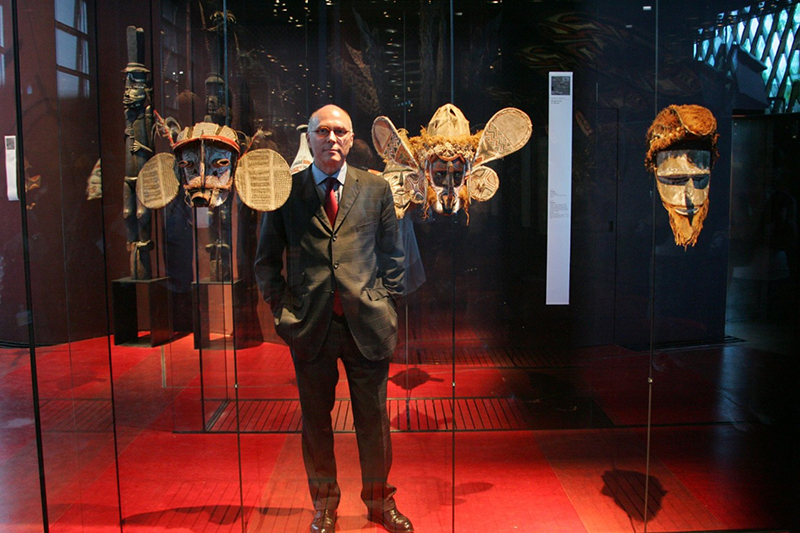 The head of France’s greatest collection of African art hit back Tuesday at a report urging the return of thousands of artworks to the countries from which they were taken.

Stephane Martin, of the Quai Branly-Jacques Chirac museum in Paris, which holds more than two-thirds of the 90 000 African treasures in French public collections, told AFP the report had tainted “everything that was collected and bought during the colonial period with the impurity of the colonial crime.”

His comments come days after a report by French and African specialists commissioned by President Emmanuel Macron urged the return of thousands of artworks in a radical shift of policy.

But Martin said changing the law to enable treasures to be returned, as the report recommended, “opened the door to complete maximalist restitution”.

The director said he would prefer that great African artworks “be circulated more widely” rather than handing them back.

He said “the big problem” with the report written by French and Senegalese experts is that it “puts historical reparations over the contribution museums make” in explaining and safeguarding art.

Some art ‘given freely’

Martin said that donations made by people “linked to colonisation (administrators, doctors and soldiers), or items gathered during scientific expeditions,” could be put in jeopardy.

He said many artworks were given freely, citing the case of Dr Pierre Harter whose collection came from gifts given to him by chiefs in Cameroon after treating their families for leprosy.

The director of the museum with collections from four regions (Africa, Asia, Oceania and the Americas) also baulked at the idea of a mixed commission proposed by the report to decide on the fate of objects if a state demanded their return.

“It would be a huge innovation in French law to give a foreign state parity to determine what was or wasn’t part of its heritage,” he added.

Martin argued that the French presidency is not likely to back massive restitution of African artworks.

“The way I read it, they have closed the door on the report by insisting that museums, and above all universal museums, are an important part of our common cultural heritage,” he said.

The director insisted that Macron is more likely to favour the wider “circulation of artworks as the principal method of sharing cultural heritage.”

Calls have been growing in Africa for the restitution of their cultural treasures, but French law strictly forbids the government from ceding state property, even in well-documented cases of pillaging.

But in a speech in Burkina Faso in November last year, Macron said, “Africa’s heritage cannot just be in European private collections and museums.”

He later asked French art historian Benedicte Savoy and Senegalese writer Felwine Sarr to study the matter. The findings of their report, if adopted, could potentially affect tens of thousands of works acquired during French colonisation of Sub-Saharan Africa.

Savoy told French television Sunday that “there should be a right to heritage for all of humanity, not just for Europeans and those who can travel or who have had the privilege of inheriting the spoils of the wars that allowed them to have these objects.”

On Friday, the day that the report was delivered, Macron agreed to return 26 cultural artefacts pillaged by the French army from Benin in 1892 “without delay” in a hugely symbolic move that put pressure on other former colonial powers to return African artworks.