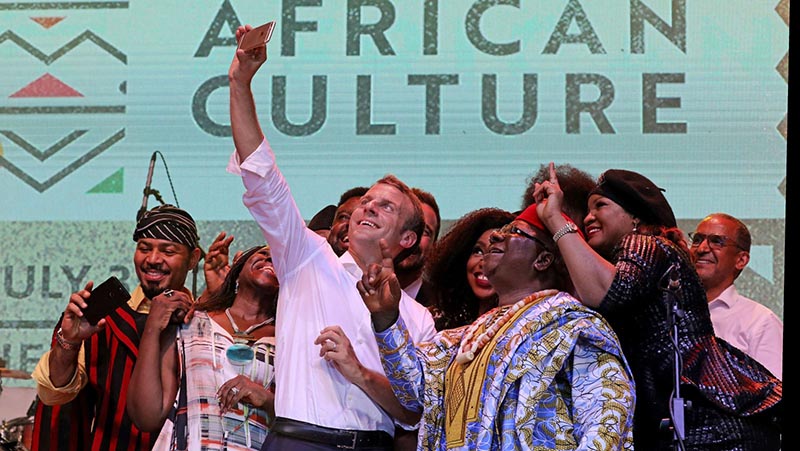 Nigeria’s Super Eagles have met Argentina a record five times at the World Cup, and they have lost to the South Americans on each of those occasions. The most recent meeting in Russia ended 2-1 in favour of Lionel Messi’s Argentina who qualified to the next round at the expense of Nigeria.

Macron, who was concluding his state visit to Nigeria told young basketballers in Lagos to support France, since their own team came back home after the group stages.

Macron assured the youngsters that their support would be richly rewarded with a French win at the quarter finals on Friday when France takes on Uruguay.

He further shared his belief in the power of sports as an empowerment tool for young people.

“Sports can educate and empower people. I am a firm believer in the impact sport can have on each life and the future of a country. It’s time to invest in sports in Nigeria!,” read a tweet on Macron’s timeline.

Nigeria steps in to bring back stranded football fans from Russia