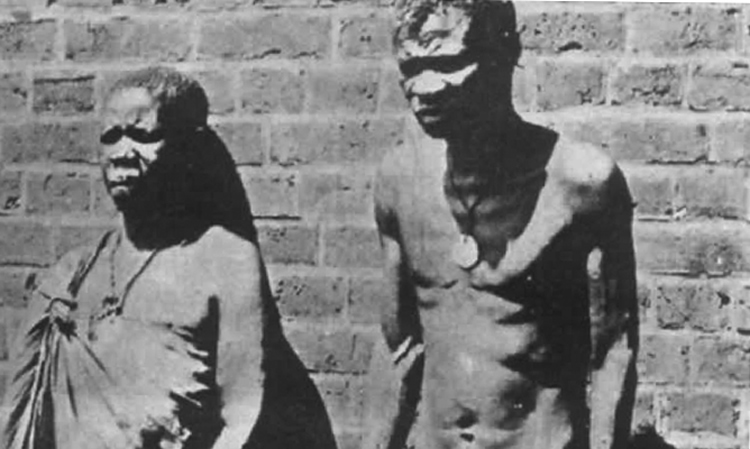 ZIMBABWEANS based in the United Kingdom have rekindled an initiative to repatriate First Chimurenga icon Mbuya Nehanda’s skull widely believed to have been taken as a war trophy by the former colonial master.

The process will start with a Repatriation Conference set for July 27 in Leicester City in UK hoping to pave way for negotiations with London to bring back remnants of the late heroine and hero Sekuru Kaguvi.

In an interview with NewZimbabwe.com, one of the conference organisers Eugene Majuru said the event is expected to find ways in bringing back the Zimbabwean culture.

She said this was the only way to make people realise the importance of bringing back skulls of icons such as Mbuya Nehanda, Sekuru Kaguvi and a sacred talking rod which the British impounded at the height of colonial occupation.

“We are working very hard to make sure that the remains are repatriated to Zimbabwe and also raise awareness around the Zimbabwean history culture, tradition and norms.

“Zimbabweans abroad particularly in the United Kingdom came up with the idea to hold a Repatriation Conference to be held in Leicester.

“Of late, we realised that people in Zimbabwe no longer observe their cultural norms and values. So it is our duty to ensure we get back on track and value the importance of our culture…”

Majuru added, “The one day conference is also expected to bring light to issues pertaining to Zimbabwean history, Independence and Chimurenga War of Liberation and will have a direct effect on journey to spearhead repatriation of Royalties to the motherland.”

On the day of the conference, Majuru said, there would be stalls where Zimbabweans products will be on sale.

As medium of the spirit, Nehanda made oracular pronouncement and performed traditional ceremonies that were thought to ensure good rains and good crops, powerful woman and was instrumental in organising nationwide resistance to colonial rule during the First Chimurenga of 1896-7.

At the end of the rebellion in 1897, she was captured and found guilty and hanged.

To date, her skull has remained in the National History Museum of London.

In 2015, government assembled a team of experts which was meant to visit London to engage British authorities on the repatriation of skulls of heroes and heroines of the First Chimurenga that are still displayed in British museums as symbols of colonial conquest.