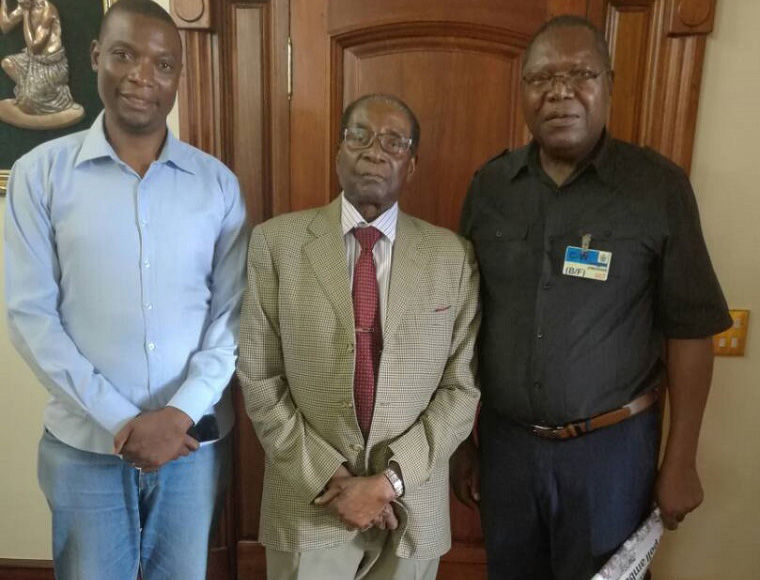 FORMER President Robert Mugabe’s fledgling political brainchild, the National Patriotic Front (NPF), is in turmoil once again, this time over reports it was folding and its members probably retracing their roots to Zanu PF.

In an angry statement Friday, party spokesperson Jealous Mawarire restated that NPF leader Ambrose Mutinhiri had been recalled in June and had no mandate to make any official announcements on behalf of the group.

“The NPF wishes to dispel rumours spread by Rtd Brigadier General Ambrose Mutinhiri that the party has disbanded,” said Mawarire.

“Mr Mutinhiri is neither the President nor the spokesperson of the party and therefore has no powers to convene meetings, pass resolutions or speak on behalf of the party.”

He said Mutinhiri had been recalled by the NPF in June for “incompetence and flippant approach to duty emanating from his clandestine work he was doing for the junta (President Emmerson Mnangagwa’s) government.”

Mugabe was forced out of power in November last year after a bloodless military coup that thrust Mnangagwa into the country’s top job two weeks after he had been fired as Vice President.

Earlier this year with tensions rising and campaigning for general elections in full swing Mugabe announced that Mutinhiri would lead the NPF.

However, the wheels began to come off in June when Mawarire appeared at a press conference with former Bulawayo Provincial Affairs minister Eunice Sandi Moyo the NPF’s national chairperson in tow to announce that Mutinhiri had been recalled.
Sandi Moyo was appointed acting party leader.

Mutinhiri called a press briefing of his own and fired the group that had tried to recall him as the circus reached fever pitch.

While the internal fights effectively ended the fledgling party’s interests in the July elections, Masango Matambanadzo contested and won a parliamentary seat for the party in Kwekwe while national commissar Shadreck Mashayamombe tried his luck in Harare South under the banner of the MDC Alliance but lost.