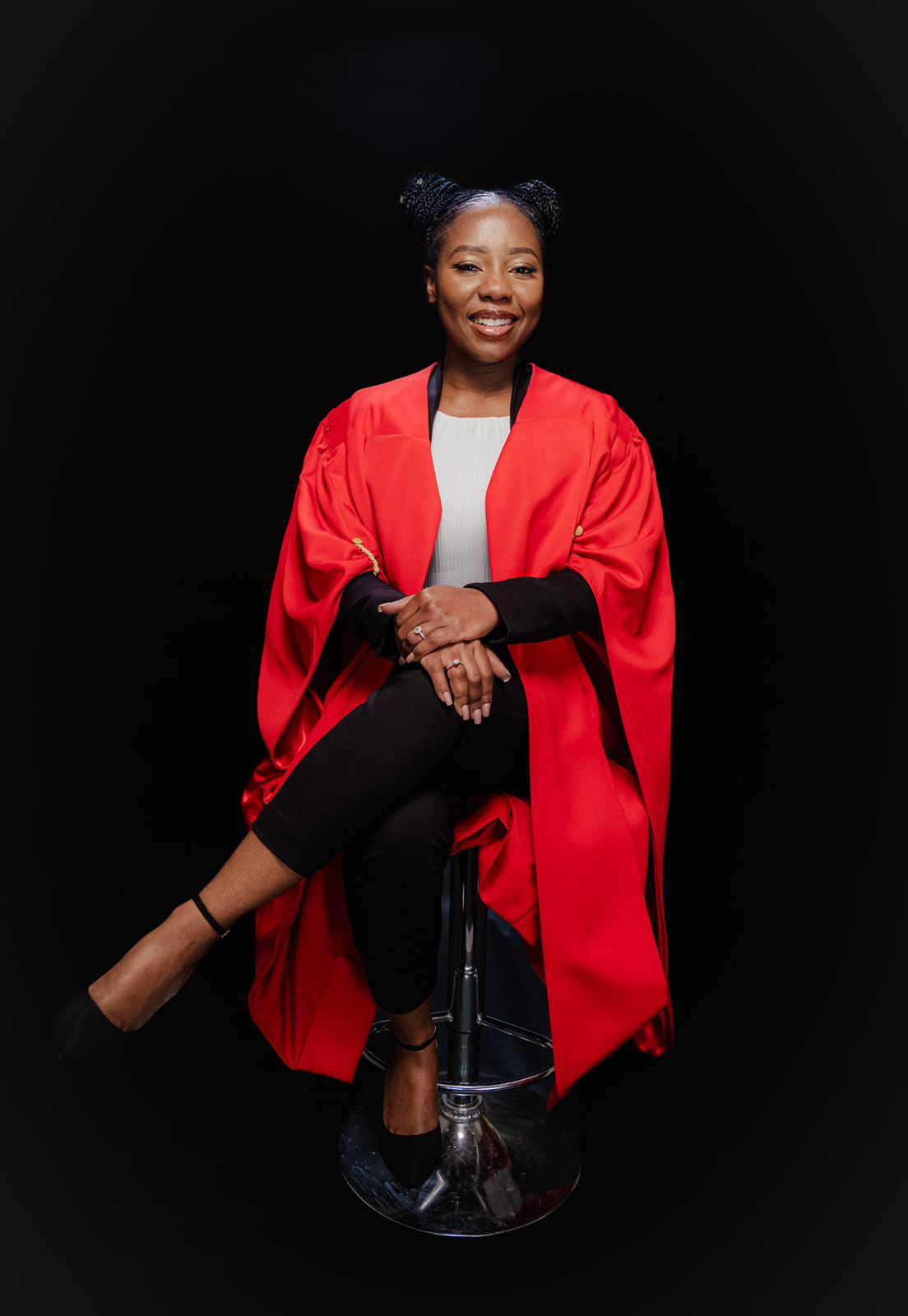 Saurombe worked as a Postdoctoral Research Fellow at the North-West University from 2017, and was later appointed as a Senior Lecturer at the University of the Free State, Bloemfontein, in South Africa in 2019.

She is currently an Associate Professor at the University of Johannesburg since 2021, where she lectures courses in Human Resource Management and Industrial Psychology, and supervises postgraduate research at honours, master’s and doctoral levels.

The academic is also known for the work she does as a civic innovator, particularly concerning women and the youth, and has won several awards and accolades to date, for her continuous contributions in the education sector and society at large.

Saurombe does not hail from a well off family, but is from a very humble household, albeit comprised of intellectuals who are passionate about education and using it to make a change in society.

Her parents mainly take pride in having raised three brilliant children from humble beginnings to successful individuals, with herself being the youngest holder of the highest academic level degree on the African continent. 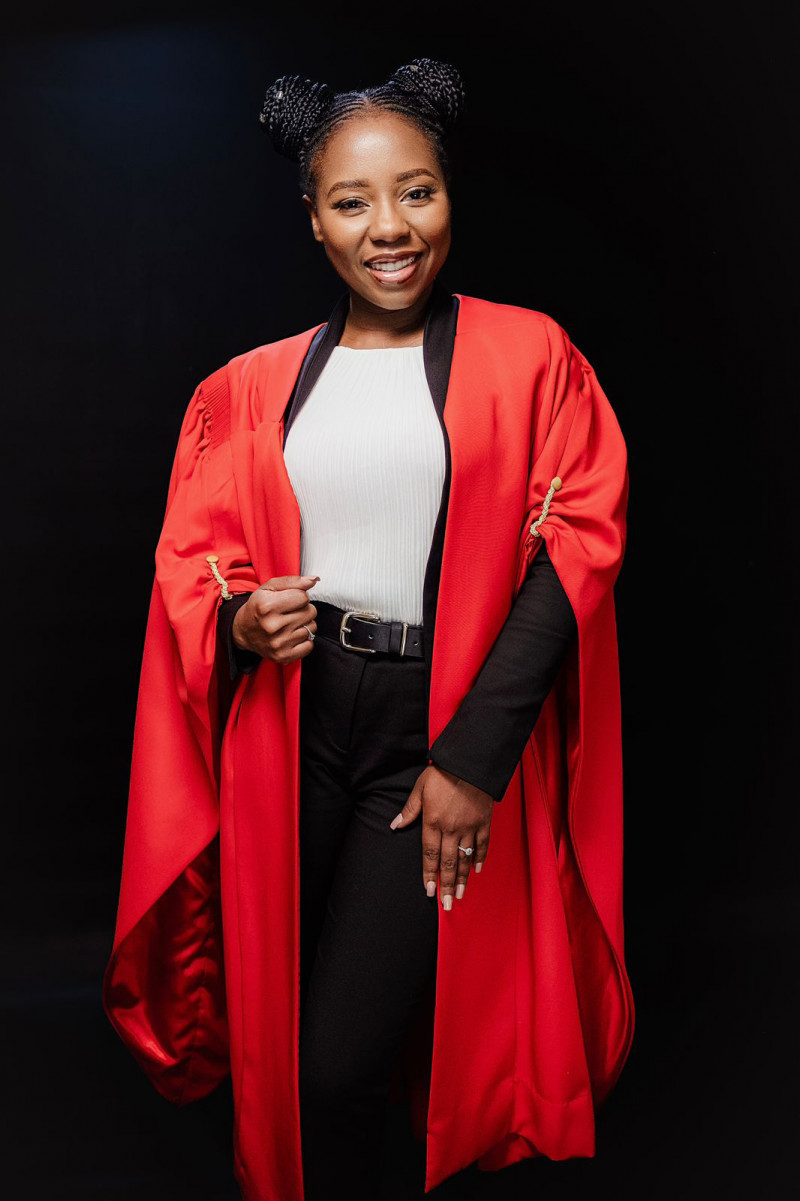 The family had moved to Botswana before she was born but due to patriotism, her mother briefly returned to Harare, only to give birth to her.

Her journey started when she was four at Phakalane Primary School in Botswana, before she moved to Legae Primary and Legae Academy High School.

At 16, the gifted academic was already at the North-West University in South Africa, where she studied for her tertiary education.

How she made it

Her father was a teacher by profession and her mother also had an early teaching background. While Saurombe’s mother did not pursue the teaching career, she instead took the chance to home-school her three offspring in the years before they would enter the mainstream schooling system

“My parents, especially my mother, who initially remained at home for a few years while our father went to work, would teach us various concepts, some of which were more advanced than what our peers who were already in school were learning and that’s how we would end up skipping grades because we went to school already having a very strong foundation,” Saurombe narrated to NewZimbabwe.com.

“I really believe our drive and inclination to education emanated from our parents being deep rooted in the concept of education and using it as a stepping stone towards a better future.”

Saurombe’s siblings are not too different from her, although they are in different spaces.

“Actually, I think it probably runs in the family because my older brother is a businessman and is very tech savvy and very intelligent, my other brother is doing computer science and is in his second year of university. We all have a strong educational background,” she said.

“I am the youngest Ph.D graduate in Africa and recently got promoted to Associate Professor, so I have changed my title from Doctor to Professor. This is a huge milestone because in the academic space it typically takes quite some time to get to this point in your career and the professoriate has traditionally been reserved for academics who are much more senior in age, although that is gradually changing.” 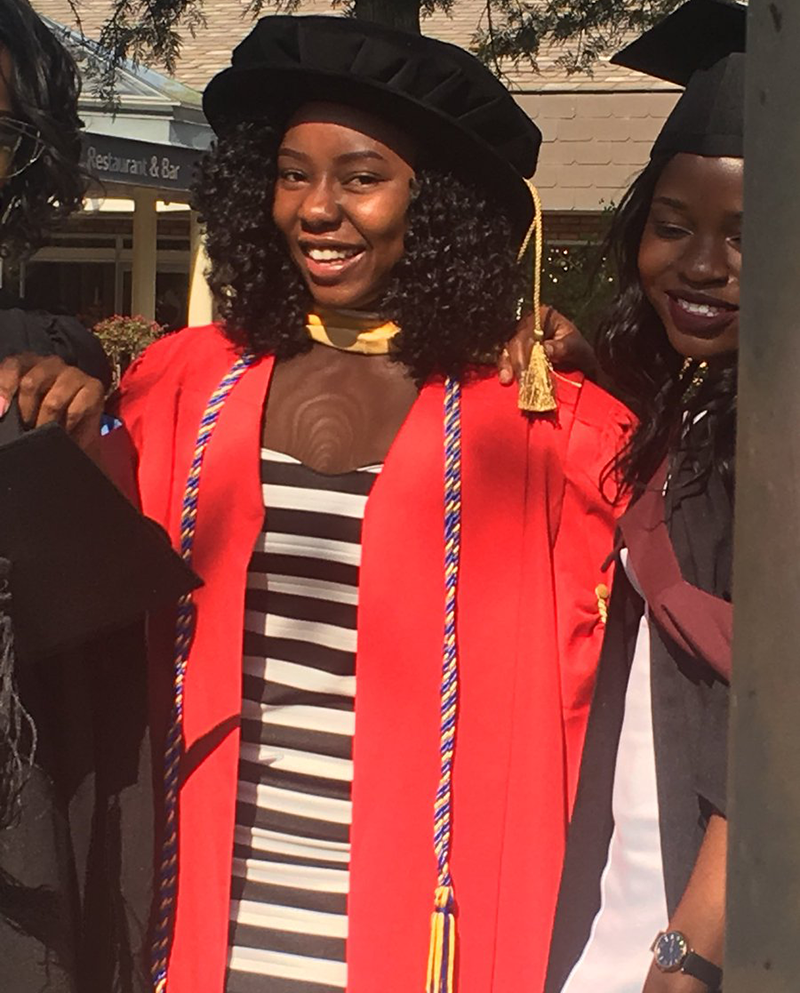 Saurombe is proud of what she has achieved thus far, and with her Christian background, feels that all is God’s work.

“I started my academic career journey much earlier than most. I have been able to make really impressive strides through the years and I believe God has continued to reward my diligent efforts.

“I am very grateful and I continue to do my best, especially considering that I am a wife and a mother, which sometimes makes my colleagues wonder how I do it. Some even joke about me having more hours in a day than others, but honestly it is simply by God’s grace. It’s not easy, but I just do the best that I can, and I am grateful to have a supportive husband who empowers me to continue flourishing in my career and as a person” she said.

Saurombe insists she will engage in continuous self-improvement through studying and other learning opportunities.

“There are no breaks. We will have enough time to rest when we retire and when we eventually expire from existence, but for now we keep working hard.”

“I will continue to work hard because I believe God always blesses a diligent effort. It doesn’t matter what you have to go through to achieve your purpose because as long as you put in the effort, no matter how gruesome, tough and sometimes confusing the journey, the destination will always be beautiful.

“I don’t know my next milestone towards my ultimate life’s purpose/destination, but I know it will always be a beautiful one and when you arrive at each milestone, celebrate it, be grateful, and work towards the next. This is at the crux of who we are as humans, in that we are constantly searching for meaning in life and while we are at it, we must celebrate each milestone.”

The mother of one believes that despite the prevailing economic hardships in Zimbabwe, opportunities still abound to change the future.

“I want people in Zimbabwe to believe in themselves. I know it’s difficult because of the situation and circumstances.”

“I feel that some young people who remained in Zimbabwe may have had the same or greater potential than I ever did, but were never afforded that opportunity. That’s very sad although it’s important that young people in Zimbabwe continue to work hard and not give up.”

“That is what kept me going. Many of my peers went to better schools and universities than myself but I made more out of the opportunities I got than they did, through a deliberate and intentional mindset towards doing and being my best.”

“It’s not about the opportunities you get or the lack of opportunities, but it’s what you make of them. There are people who have made it in Zimbabwe despite the economic challenges – the young Maud Chifamba is an example of this – so don’t lose hope and don’t resort to means that you would regret later in life because our future is prepared for in our present,” she said.

“I want to be remembered as a true African child”, the talented academic added.

“I’m also an African advocate for equal opportunities. While I strive for women empowerment, I believe the inverse imbalance is not good because we also need to raise empowered young men, who will be worthy counterparts to our empowered young women.

“I want to be remembered as a true African child. There is a lot of public contention on that subject – my identity – but I really believe my identity is centered around each of the African countries that have been pivotal in establishing me into the person I am and continue to evolve into, none of which I can equate any less than the other in importance and contribution to who I am. Hence, I consider myself as an epitome of what it is to be an African.”

“My identity remains key, especially in taking my place on the global stage. I get a lot of opportunities to represent the African continent and I do it with such pride because as Africans, we have been ostracised, belittled and underestimated for far too long,” she said.

“I want to be remembered as an African child from humble beginnings and a humble background, who believed in herself, not inhibiting my abilities and my potentials, not looking down on myself or underestimating myself because I am African.”

Despite being an academic, Saurombe fills a lot of roles, including being a wife and a mother.

“Those are incredible roles in my life and they speak a lot to the person I am right now. Obviously there is my career, and I am so thankful that I have been able to maintain the same level of drive and passion in my career, even after having a family. I am thankful I have an extremely supportive spouse who makes my load lighter.”