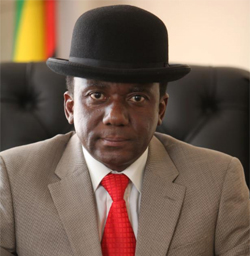 ZIMBABWE and most of Africa, although independent, are still far from being free and emancipated. Political independence is defined as simply self-governing. Freedom is the power of self-determination attributed to the will; whilst emancipation is defined as being set free, especially from legal, social and political restrictions.
The main reason Zimbabwe and most of Africa, are yet to transit from Independence to freedom and emancipation is our failure to live up to the ideals of our liberation struggle and because of weak institutionalisation of national and regional bodies such as the Zimbabwe Electoral Commission (ZEC) and SADC.
It is important to restate our ideals. People yearned for a non-racial democratic society in which all would participate freely to choose their government through one person, one vote, and thereafter be governed well enough to be able to pursue their dreams of economic prosperity in freedom.
In Zimbabwe’s case, the last election demonstrated that we are far from the freedom that we yearn for.
Ignorance, Fear and Poverty  (IFP) were used as instruments to subjugate the majority of Zimbabweans and to delay our UHURU (freedom).
Ignorance was used to rig the voters’ minds. Poverty restricts people to listening to state broadcasters because alternative media is costly. Ignorance was and is perpetuated by a cocktail of daily propaganda and hate speech fed to the majority by the state electronic and print media. Access to alternative information and media plurality is curtailed by the refusal to grant broadcasting licences to many others.
The propaganda portrays a group of Zimbabweans as landlords and most of us as tenants who live here at the pleasure of these self- styled landlords. It is the same state media that before 1980 called our freedom fighters unpatriotic terrorists and today calls some of us unpatriotic sellouts because we dare challenge the establishment and demand real freedom and prosperity for all.
As part of the fear tactic, villagers including teachers were frog marched and “assisted” to vote for a position dictated to them with the connivance of our traditional leaders. The same traditional leaders delayed our independence by supporting the unjust rule of Ian Smith.  Fear was instilled into the villagers by the threat of the ghost of the June 2008 election violence. The villagers therefore chose “security” instead of “hope” for a better life for themselves.Advertisement

Food handouts were used to coerce voters. The population was first impoverished due to failed policies of the past then given food handouts. A typical survival tactic of any dictatorship.The unsaid message was that if one dared to vote in a “wrong” way they risked being starved and or denied State services.  Utterances to that effect have already been made in relation to those provinces that supposedly voted the “wrong” way. Zimbabweans of all shades of opinion demand and deserve a caring government, not a scaring one.
Our emancipation is still stifled. Before independence, our freedom to assemble was curtailed by the Law and Order Maintenance Act now changed its name to Public Order and Security Act with the same restrictions and more. Free expression is still curtailed by bad media laws and fear of reprisals.
In the pre-independence era, access to the state and other opportunities was regulated by one’s colour. Today, access to the same is now determined by political affiliation.
ZEC was overwhelmed and subsumed by a highly militarized, politicized and partisan bureaucracy and became a bystander and sometimes player in a contest that they were refereeing. They allowed the voters’ roll to be manipulated through denying urbanites to register and displacing some voters from their wards, whilst bussing others to vote in constituencies they do not reside as part of political targeting of certain candidates including myself. Others double voted whilst others voted using fake voters’ slips. The targeting is however of less importance, for leadership is not a position but a function. In this regard some of us will continue to stand up as we have done in the last 24 years for what we believe is right for Zimbabwe irrespective of where we will be. It is a calling that we will answer to with humility, and God willing, for many ,many more years to come.

SADC with the exception of one principled member, Botswana, because of weak institutionalisation compromised on its standards for political expediency. Their observer mission report said the election was “free and peaceful” and “generally credible and reflective of the will of the people”. They could not proclaim it fair or specifically credible. I understand why, because no sane person including the “winners” can say as much.
Firstly, peace is not the mere absence of war or physical violence, but the presence of justice and fairness. Thus, the absence of fairness makes the election not peaceful.
Secondly, an election can only be free if it is fair. If there is no fairness  there can be no freeness. Finally, credibility, which is “believability”, can only exist when the process is free and fair and the will of the people can only be expressed in a lawful, transparent, free, fair, and credible election. This one was not. Instead, this was an electoral robbery of a proportion surpassing the legendary great train robbery, that even the robbers were too embarrassed to celebrate the loot. SADC like the villagers who chose “security” instead of  “hope” chose “stability” instead of “democracy” or were they also afraid?.
Finally, what changed between the pre-and post-independent Zimbabwean culture of governance? Whilst there is self-governance, the major change in my view is in the colour of the skin of those who are now in charge. A change of dramatis personae (the actors) with the governance script remaining the same.
We need to transit from Independence to a new era that I have chosen to call Freemancipation (Freedom and emancipation). Africa needs strong institutions not strongmen. Strong institutions will sustain our democracies. We must change the actors and rewrite the script. We must fight, albeit using peaceful and democratic means, to eradicate Ignorance, Fear and Poverty and create a society that prides itself for not leaving anyone behind and in which the State is the guarantor of the welfare of all (not some) of its citizens in their pursuit of happiness, justice, freedom and prosperity. These are ideals that we should never compromise on and we should continue to fight for.We owe it to ourselves, to past and to future generations. Aluta Continua
Jameson Timba is the Secretary for International Relations & Cooperation for the MDC-T and was the party’s candidate for MT Pleasant constituency. He is also the former Minister of State in the PM’s office. He can be contacted at askthemp@gmail.com