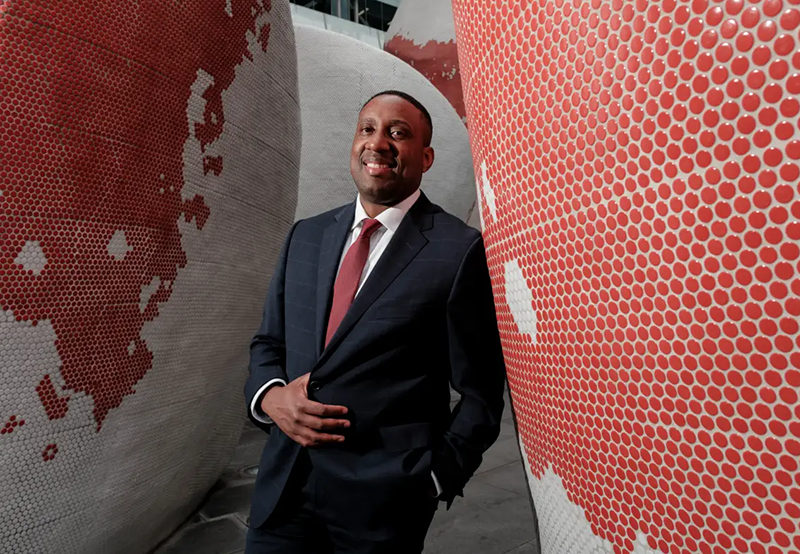 Growing up in a politically and economically turbulent Zimbabwe in the 1990s, KPMG’s newest partner, Kudzai Chipangura, does not have the same upbringing as most of his Sydney-born-and-bred colleagues.

The tax expert is one of 68 new partners appointed to the big four consulting outfit’s top ranks since July – a positive sign the firm is not slowing on promotions despite the global economic downturn – and one of a handful at its western Sydney office.

It’s a long way from a childhood in Zimbabwe. Mr Chipangura’s parents fled the country when he was 17 , seeking a better education for their children in Australia.

He worked his way up from a trainee to partner at KPMG – via a lateral move from Prosperity eight years ago – quickly, but he’s conscious of the sacrifice that involved from his parents.

“In their late 30s, early 40s they decided to sacrifice their own careers as professionals in Zimbabwe to say ‘OK, the situation is deteriorating, we are moving to Australia’,” he says.

But now he has cemented a career in the same kind of professional workplace they were forced to abandon, Mr Chipangura wants to help others from similar backgrounds do the same.

While the tax expert thinks the diversity in his workplace is vastly improved on what it was 20 years ago, he says he has still struggled with a lack of role models.

“I’ve had mentors and sponsors who have helped me along the way and I don’t want to discount the impact they’ve had on my life, but I haven’t seen anyone really walk my path as a tax professional who has come through the ranks and then to partner … who looks like me,” he says.

“So I haven’t had someone who I can go, ‘maybe they’ll understand some of the fears or internal pressures that I may have’.”

That internal pressure includes wanting to exceed expectations and make sure his work is perfect, Mr Chipangura says, “so that it can’t be said that ‘well it’s because of his background that he hasn’t done a good job’ ”.

But as a partner now, he hopes that he can play that mentoring role for juniors from similar backgrounds.

There’s also a business edge to doing this, he says.

“You don’t want to lose the talent that we have in western Sydney … and having professional services firms here, it’s given confidence to the region to say that people don’t necessarily have to go to Barangaroo to have a successful career.”

The firm’s Parramatta office has boomed since opening – in Mr Chipangura’s eight years there, its headcount has grown from 40 to north of 200 – and it is the most culturally diverse office in KPMG’s national network.

This in turn will help the firm tap into the growing client base of businesses based in the satellite CBD.

“It’s a growing area being driven by government infrastructure, private spend – you’ve got some of the largest private groups in Australia based out of Parramatta. So by not having a presence, KPMG was missing out on the opportunity to be part of the growth that’s happening here,” he says.

“But to build a business out here, what I’ve seen is you have to be part of the community. That means you’re doing things in the community, you’re involved in not-for-profit activities – you know, you’re not just here to take our profits, you’re still contributing.

“So that means that our teams and our people need to reflect the society that’s in western Sydney and in Sydney more generally as a multicultural society.”