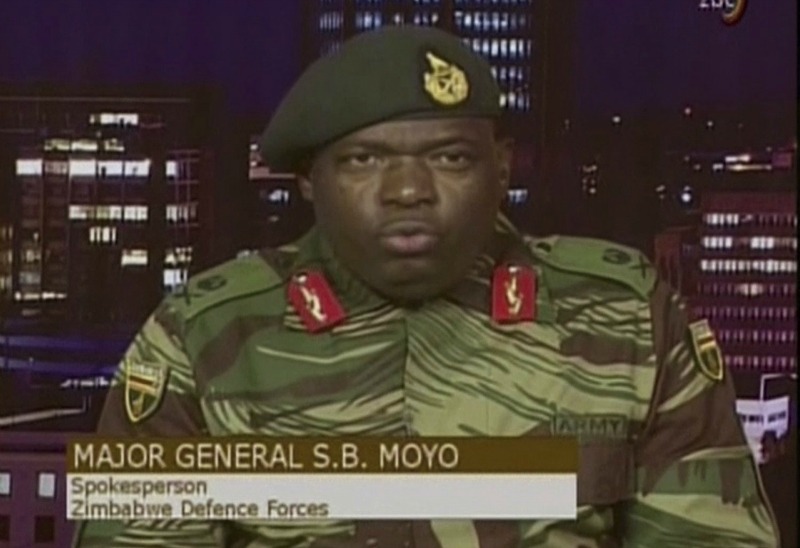 When the military intervened against Robert Mugabe in Zimbabwe in 2017, it wasn’t widely called a military coup. New research shows that’s exactly what it was.

Evo Morales, president of Bolivia since 2006, resigned on November 10 following weeks of demonstrations triggered by a disputed election in October. Morales won the election amid allegations that the result was rigged in his favour.

The turning point in Morales’s departure from office was the intervention of Williams Kaliman, commander of the Bolivian armed forces. Speaking at a press conference, Kaliman urged Morales to resign “for the good of our Bolivia”. Morales has since gone into exile in Mexico and the manner of his departure has sparked passionate debate about whether it was tantamount to a military coup.

This is not a military takeover of government. What the Zimbabwe Defence Forces is doing is to pacify a degenerating social, political and economic situation in our country.

The military insisted it was only targeting criminals around Mugabe who were perpetrating “crimes that are causing social and economic suffering in the country”. The officers vowed that the situation would return to normal, once they brought the “criminals” to justice. The “criminals” were never brought to justice, but Mugabe resigned from office a week later.

Like the recent case in Bolivia, the Zimbabwean military’s intervention generated animated discussion about whether it was actually a military coup. Some Zimbabwean ruling political elites, international media and political commentators described it as a “military-assisted transition”, “non-coup-coup”, and a “modern” intervention, among other names.

Call it by its name

My new research provides some clarity on how to understand the Zimbabwean military’s action in November 2017: the intervention was a coup bearing substantial commonalities with historical coups in Africa.

The coup happened because Zimbabwe’s generals were dissatisfied with Mugabe’s demotion of those who had fought in the country’s 1970s liberation struggle within the structures of the ruling ZANU PF party. Mugabe’s waning authority also coincided with growing political ambitions of some generals and insecurity in the military’s higher ranks caused by job insecurity and fear of criminal prosecution.

The way the military justified its political manoeuvres were similar to justifications used by other military forces in Africa since the 1960s. Crucially, the military also violated Zimbabwe’s constitution by deploying without the president’s authorisation.

These and other indicators that the military’s action was a coup went largely unrecognised at the time by many commentators and journalists. Mugabe was also a demonised politician, particularly by sections of the Western media and diplomats, who were keen to see him leave political office.

The more coups have become widely unacceptable in Africa since the early 2000s, the more pervasive strategic uses and misuses of the term coup have become. Mugabe’s international adversaries chose not to call the military’s intervention a coup, lest that saved him from an ignominious fall from power. In a volte-face, when Mugabe died in September 2019, Western media and diplomats often described him, in their obituaries and commentaries on his political career, as having lost power in a military coup.

Subjective uses of the word coup risk banalising and misrepresenting a term that has a clear meaning. Patrick McGowan, an accomplished researcher on coups in Africa, has offered a usefully precise definition. Coups are ejections from power of political leaders, through unmistakably unconstitutional means, mainly by part of the army: “Either on their own or in conjunction with civilian elites such as civil servants, politicians and monarchs.” Zimbabwe’s 2017 coup played out along the lines of McGowan’s definition.

Whether events in Bolivia constitute a military coup will become clearer in the coming weeks and months as researchers and investigative journalists uncover the elite politics at play behind the scenes and the exact motivations of Kaliman and his fellow military commanders.

In Zimbabwe today, the state of affairs looks much like the aftermath of first-time coups seen in African countries such as Benin in 1963 or Uganda in 1971. First-time coups are often extremely popular, so a government that emerges as a result of such a “maiden” coup commands significant legitimacy early on.

But that legitimacy soon fades when pledges to deliver a credible post-coup election and to conduct substantive political, social and economic reforms do not materialise. As legitimacy wanes, authoritarianism re-emerges.

This is a key part of the post-coup situation in Zimbabwe today. Two years on, reforms are cosmetic and proceed slowly. And an election held in July 2018 was not deemed credible by Commonwealth, EU and American election observers. Legitimacy has dwindled and authoritarianism returned, as demonstrated by the military’s strong repression of protests against fuel price increases in January 2019.

In 1970, the South African scholar and anti-apartheid activist Ruth First warned that:

Once the army breaks the first commandment of its training – that armies do not act against their own governments – the initial coup sets off a process… the coup spawns other coups.

Perhaps First is wrong and Zimbabwe’s 2017 coup was simply an aberration, a never-to-be-repeated occurrence now consigned to the history books. But one can never be too certain. The quip by American historian Walter Laqueur rings true: “Coups d’état are annoying not only for practising politicians but also from the point of view of the political scientist”, because they are capricious. The Conversation

Blessing-Miles Tendi, Associate Professor in the Politics of Africa, University of Oxford

This article is republished from The Conversation under a Creative Commons license. Read the original article.