FRUSTRATED magistrate(s) have penned a heartfelt anonymous open letter exposing judicial decay and corruption at the Harare magistrate’s courts due to political interference, citing the Chief Justice as the king pin of the rot.

The letter, released this past Tuesday, was addressed to the Judicial Service Commission (JSC), Zimbabwe Anti-Corruption Commission (ZACC) and the Auditor General (AG).

The author(s) named and shamed key players in driving the corruption at the Harare Magistrate Courts,.

“The capture of the judiciary by politicians has now reached such high decibels that those of us who are magistrates are now embarrassed to even disclose our profession.

“Sadly the issue of capture is no longer a perception but a reality,” the letter read.

The document narrates how the claimed “capture” was not spearheaded by political players, but insiders within the judiciary system. 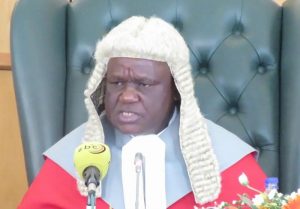 “The kingpins of judicial capture are in the JSC itself, and led by none other than the Chief Justice (Luke Malaba) whose henchman is Mr (Walter) Chikwana,” it read.

Politically-motivated cases are said to be presented before specific magistrates in the Anti-Corruption Court (ACC) who “exclusively” deal with them.

“It is an open secret at the magistrate’s courts that there is a coterie of magistrates who exclusively deal with certain types of cases, particularly those deemed to be politically motivated,” reads the document.

The cases are reportedly given to willing or unwilling participants to compromise the ends of justice in favour of individuals of interest.

Political cases and those relating to the opposition, in particular, are referred to the ACC, regardless of whether or not they fit the label.

“The court is said to be run on instructions and lawyers will argue to no end as everything is handled by the JSC. The law and facts are rendered irrelevant to the results,” reads the letter.

“Although the law requires magistrates to be independent and to make decisions without fear or favour, it is an open secret that magistrates in such cases are not allowed to acquit accused persons in the Anti-Corruption Courts.”

The mismanagement of affairs at the magistrate’s courts also spills over to the higher courts.

“The unintended consequence of this is that judges are now reduced to magistrates as their workload has been unnecessarily increased by these unjustified decisions,” reads the letter.

“Once a matter is placed before an ACC magistrate by any of the prosecutors who are led by (Michael) Reza, who include Miss Shonayi, Mr Mutsokoti, Tafara Charimbira, Miss Mushayabasa to name a few, the magistrates know what is expected of them.”

This has had adversely impacted relations between magistrates and prosecutors as the latter assume more power by dictating how the former will behave.

“Magistrates thus comply with what is required of them out of fear,” reads the letter.

“This of course excludes magistrates such as Mr Mambanje who are known CIO operatives and whose promotions were deliberately designed to further the interests of the coup government.” 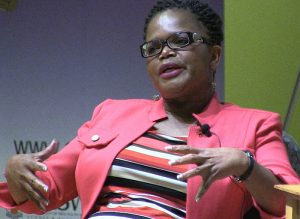 Interference of the administration of justice has raised by defence attorneys such as human rights lawyer, Beatrice Mtetwa, in the cases of opposition legislator Job Sikhala and that of Mary Mubaiwa, former wife of Vice President Constantino Chiwenga.

Also of concern was the indication that there were unacceptable levels of sexual harassment of female employees who are being given promotions on that basis and not on merit.

“Promotions take place with no known criteria and the rampant sexual abuse of female employees within the JSC has not helped matters,” the disgruntled magistrate/s wrote.

“Although the JSC appears progressive in the promotion of females to substantive positions, this is sadly not based on merit as it is common knowledge that the majority of these women have had sexual relations with senior personnel,” the letter reads.

When the sexual escapades come to an end, the females were allegedly victimised, and in worst case scenarios, transferred to other departments that constitute a demotion.

“This practice must be looked into by the Commissioners without executives such as Chikwana being involved. Professional and personal lives have been destroyed due to this practice,” they cited.

The magistrate(s) touched on the decay of the country’s justice system as whole at every level and not just the Magistrate Court.

“It is a fact that Zimbabwe is currently at its most corrupt in history right across the board and the courts are no exception,” reads the letter.

“From reports received from colleagues who are clerks/researchers for judges, there is more corruption in the High Court than anywhere else in the system.”

Allegations were that judges, who are known to have failed interviews, were appointed nonetheless. Gross incompetence follows these unscrupulous judges whose work is done by clerks.

“Instead of doing research for judges, clerks are actually writing judgements for judges who merely sign such judgements or orders.

“The need to tackle corruption within the judiciary head on is urgent if what remains if the system is to be saved.”

Corruption is also said to have been normalised within the JSC such that it has become one big dirty room.

The letter raised concerns over the low standards of living for most magistrates, who are still tenants and struggle to get decent transport to and from work.

“Despite the important role played by the Magistrates Court in the justice delivery sector, magistrates remain poorly remunerated both in actual salaries and perks,” complained the anonymous writer.