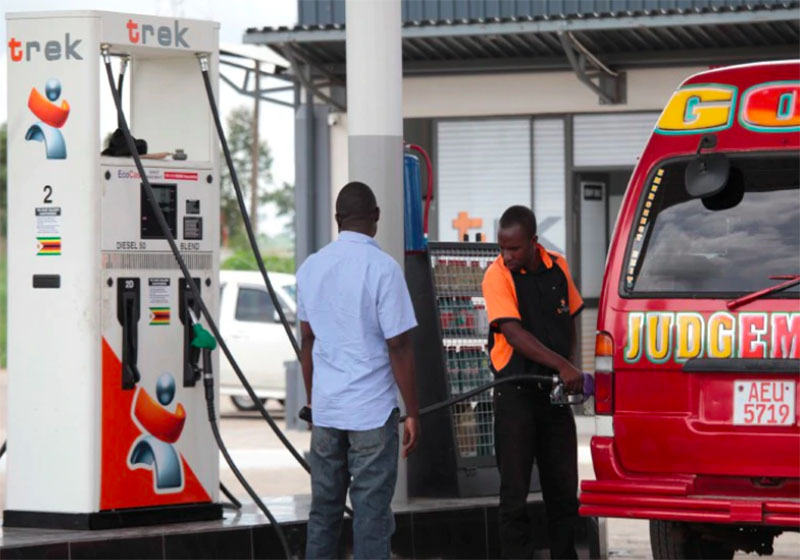 HARARE: Zimbabweans have reacted with outrage to a sharp rise in fuel prices announced by President Emmerson Mnangagwa in a move to improve supplies as the country struggles with its worst gasoline shortages in a decade.

After years of international isolation, Zimbabwe’s economy has been in decline for more than a decade with cash shortages, high unemployment and a recent scarcity of basic staples like bread and cooking oil.

In a televised address late Saturday, Mnangagwa said prices of petrol and diesel would more than double to tackle a shortfall caused by increased demand and “rampant” illegal trading.

Mnangagwa, who took over from longtime leader Robert Mugabe and won a disputed election last July, also announced a package of measures to help state workers after strikes by doctors and teachers over poor pay.

But many Zimbabweans criticised the move, worrying a knock-on spike in other costs would worsen an already difficult economic situation and trigger protests and strikes.

“I am not a politician and neither am I an economist but you don’t need a rocket scientist to tell you that we are now headed for the worst following the fuel price madness,” said William Masuku, 32, a car dealer in Bulawayo.

Victor Nyoni, head of a local business body, said the fuel prices would push up the cost of other goods with businesses likely to pass on the higher transport costs to consumers.

The president’s announcement came after fuel shortages which began in October last year worsened in recent weeks with motorists sometimes spending nights in fuel pump queues that stretch for kilometres.

The Zimbabwe Congress of Trade Unions (ZCTU) said the government had demonstrated a lack of empathy for the already-overburdened poor.

“The government has officially declared its anti-worker, anti-poor and anti-people ideological position,” it said. “Workers’ salaries have been reduced to nothing and our suffering elevated to another level.”

Nelson Chamisa, who heads the opposition Movement for Democratic Change (MDC) said the situation was “descending into a humanitarian crisis”.

Evan Mawarire, a cleric and activist who led the 2016 anti-government protests that shut down major cities, added:

You have cornered us and you leave us no choice. It’s time to mobilise every person who truly loves Zimbabwe.”

“Those in government may not admit it but they know in their hearts that they have failed,” said Edmore Phiri, a tired-looking motorist who had just spent a second night in a petrol queue in Avondale suburb.

“We are not going anywhere with these piecemeal solutions that are not solutions.

“You can’t have a country where people sleep in cars for days for a commodity that should be readily available.”

Mnangagwa, who has pledged to revive the moribund economy, blamed the shortfall on increased fuel usage “compounded by rampant illegal currency and fuel trading activities”.

The government claims fuel prices were lower than in other regional countries, saying some foreigners were taking advantage and buying fuel in bulk for resale elsewhere.

Mnangagwa said the new measures were aimed at curbing a burgeoning speculative parallel market in which fuel was being sold at five times the official price.

“It’s going to reduce demand for fuel because it’s now a bit expensive and that will deal with speculative demand if it was there,” said economist Godfrey Mugano.

Mnangagwa also warned the government would deal harshly with those “bent on taking advantage of the current fuel shortages to cause and sponsor unrest and instability in the country”.

Government doctors went on a 40-day strike in early December, demanding salaries in US dollars and improved working conditions, while teachers’ unions called a strike this week for better pay but their calls went largely unheeded.

Although Mnangagwa announced a package of measures “to cushion government workers”, he gave few details.

Despite the price hike, diplomats and tourists would be able to access cheaper fuel at certain pumping stations.

“The intention is to create a constant supply of fuel for diplomats and tourists to manage the country’s image,” said Mugano.

“Those designated fuel stations will be able to restock easily from the sales they make in US dollars.”