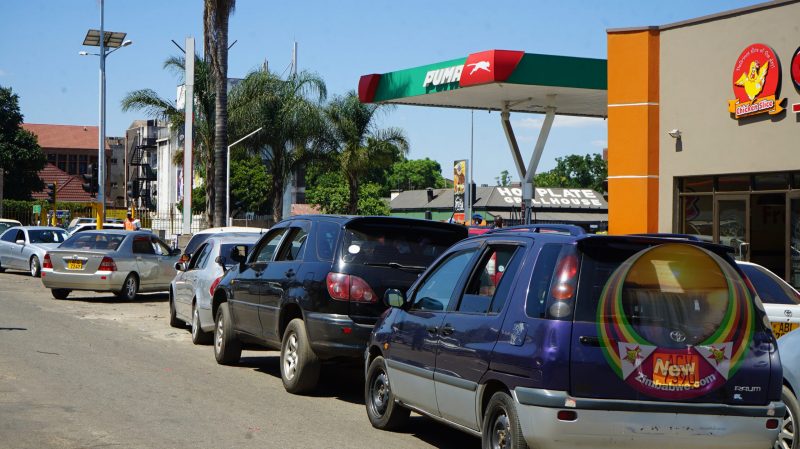 FUEL shortages have re-emerged in Harare with long winding queues resurfacing at the few fuel stations that had the basic commodity.

A NewZimbabwe.com visited several fuel stations around Harare and observed that a litre of petrol was selling for US$1,42 from a previous US$1,38 while diesel is now selling for $US1,34.

The scarcity of the basic commodity has already opened room for the black market where a litre of petrol is going for at least US$3.

NewZimbabwe.com also observed most service stations had no fuel, and only a few had petrol with no diesel.

“We have been here for more than seven hours. We are not even sure if we will get it today (Saturday),” said one motorist who was waiting for fuel at a Puma service station in central Harare.

Another motorist said: “I was on my way to a funeral, and I wanted fuel, but unfortunately, I am still here since morning. I  don’t know what to do.”

However, Ministry Information secretary Nick Mangwana blamed the fuel shortages on a maintenance programme in Beira, Mozambique where the fuel comes from.

“There has been a disruption in the fuel supply chain due to a scheduled maintenance programme in Beira. This is now complete, and we expect the petrol backlog to start clearing from the end of today (Saturday) into Monday and Tuesday. The inconvenience to the public is noted and regretted,” Mangwana said.

Fuel queues have been a common feature in Zimbabwe over the past two decades.