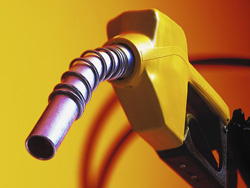 THE unity government – prior to the March 16 referendum on the new constitution – decided to pass on the cost of holding elections to Zimbabweans in a rather unorthodox manner. Through the Ministry of Finance, it increased the excise duty on fuel imports and as a direct effect thereof, increased the costs of both public transport as well as goods and services.
The logic given was that this increase would raise revenue to fund both the referendum as well as the pending general elections. That decision was not only insensitive to the plight of the poor majority in the country but sadly indicative of a lack of seriousness in policy planning by the government.
Democratic reasoning as well as budgeting would normally indicate that periodic national elections – in our case every five years – are events that are budgeted or fundraised for well in advance and with anticipation of the much vaunted ‘electoral cycle approach’. But because the government has been politicising the entirety of not only its existence but also the duration of its term of office, there was never any thorough or focused planning on the inevitability of either the referendum or elections.
The government’s decision to increase the surcharges on fuel imports has almost immediately caused the evident increase in at least public transport costs for the ordinary people. It will most certainly, if it hasn’t already, cause further increases in the costs of basic commodities and other services on an already financially strained consumer.
While it would be assumedly noble that Zimbabweans are funding their own political processes by default, it is highly insensitive on the part of government to make the citizens pay for its mistakes and planning shortcomings. Such a development is indicative of the no longer shocking arrogance of our political leaders when it comes to matters that affect Zimbabweans directly. It is an arrogance that borders on dismissing the challenges the citizen faces regularly in favour of massaging the electoral egos of the few in government.
Another angle to look at this development is assessing the bigger picture of whether or not the processes Zimbabweans are now funding in an unorthodox manner have had democratic meaning in their lives. Where one looks at the referendum on the constitution, there is a distinct imprint of the same sort of arrogance that informs an almost knee jerk instruction to increase fuel import tax regardless of the views of the people.Advertisement

As a result, the process of the referendum became more an imposition than a democratic project. The process still appears not to have ushered in any new and popular ‘democratic era’ as the political parties still in the inclusive government would have us believe, especially with the continuation of a repressive political environment and a government that functions with limited or little oversight.
So if one does a cost-benefit analysis, Zimbabweans have been short changed while their economic circumstances have taken a turn for the worse. And this by their own government!
It would also be important to take into account the new contestations about general elections between the MDCs and Zanu PF. Again, the potential of the public carrying the dual burden of economic hardship and a polarised political environment being short changed is high. The message from government to the people of Zimbabwe is literally ‘fund our fight even if it will not have any direct economic benefit or new democratic meaning to you’.
In any event, the government is firmly persuaded it can do what it wants without further or adequate public explanation necessary as it did with the referendum.
In the final analysis, the people of Zimbabwe have been asked to carry yet another undemocratic burden on behalf of the three parties in the inclusive government. With each party probably assuming it will win the election, it is a burden that will be politicised and have limited further meaning to democratic processes in the country. This while the government is attempting a pretence at democratic honesty via the undemocratic means of trying to cover up for its shoddy electoral planning processes and budgeting.
By passing on the buck to the ordinary Zimbabwean in such an abrupt fashion, the inclusive government has shown its true character of elitism and smugness at never being challenged or brought to account on democratic value and principle. For this, Zimbabweans will have to suffer the circumstances described in the proverb, ‘When elephants fight, it is the grass that suffers’. In our case, the grass may no longer exist.
Takura Zhangazha writes here in his personal capacity. His Essay on Notes on 33 years of Independence will be online on Wednesday 17 April 2013 (takura-zhangazha.blogspot.com)