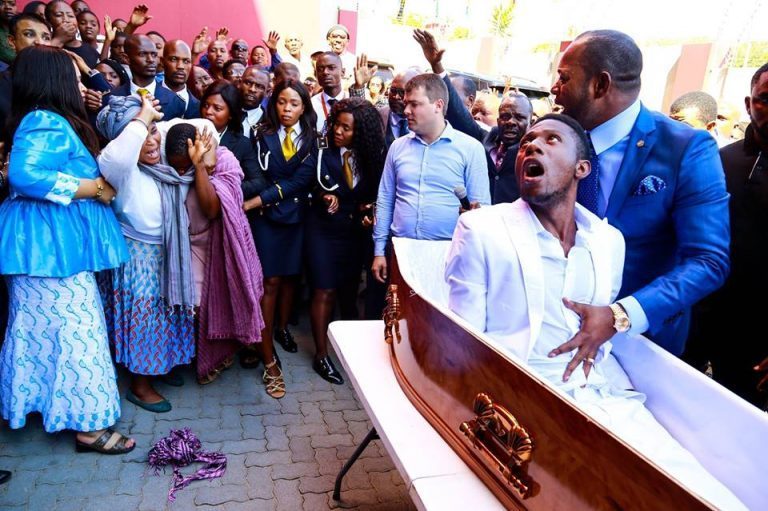 Kings and Queens Funeral Services is considering legal action for “malicious damage” to its image after a pastor supposedly brought a man back to life at the Alleluia Ministries.

The video of pastor Alph Lukau bringing the “dead” man back to life during a church service has gone viral on social media. During the service, the coffin with the man’s body is removed from a hearse as a crowd of people gather around it.

In the video, a woman who claims to be the man’s landlord, tells the pastor that the man got sick and started coughing on Friday. They took him to the hospital where he apparently died in her arms.

The pastor lays his hands on the man and begins to pray. A few seconds later the man sits up in the coffin with his mouth and eyes wide open.

The funeral service said that it was approached by alleged family members of the “deceased” who informed it that they had encountered a dispute with a different funeral service provider and wanted to use its transport.

“We did not supply the coffin, neither did we store the deceased at our mortuary and no paper work was processed by Kings and Queens Funerals.

“As a funeral services provider we do not offer services without documentation, neither do we repatriate bodies without any paper work,” it said in a statement.

The company said it only offered funeral services, funeral cover, burials and transport.

Social media users have since started a #ResurrectionChallenge.