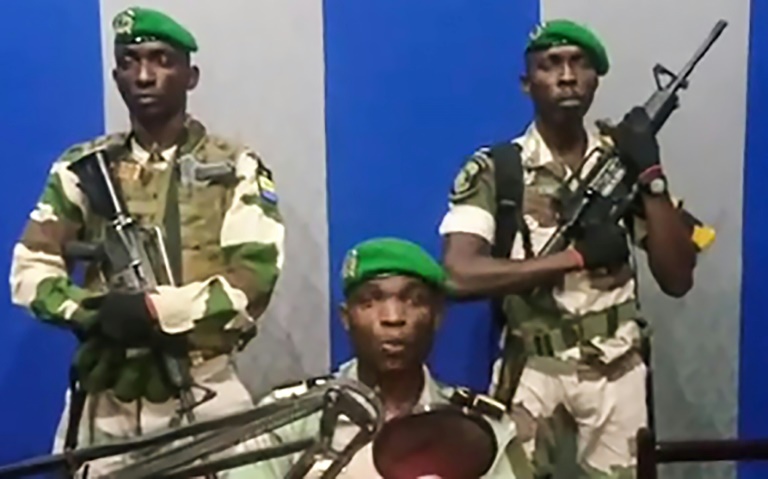 The chief military rebel who led a failed coup in Gabon on Monday has been arrested and two of his commandos killed after they stormed a public radio station, the presidency said.

A group of soldiers attempted to take power and called in a radio appeal for a popular uprising against ailing President Ali Bongo, who is abroad recovering from a stroke.

Security forces stormed the radio station in the capital Libreville to take it back, killing two rebel troops, arresting their leader and freeing journalists who had been forced to help rebels make their appeal.

“The situation is under control,” the presidency statement said.

Six rebel troops earlier Monday burst into the state radio broadcasting station, “neutralising” gendarmes in front of the building before making their broadcast, it said.

Officials earlier said five rebels had entered the building and four had been arrested.

The message was read by a person who identified himself as Lieutenant Ondo Obiang Kelly, the deputy commander of the Republican Guard and head of a previously unknown group, the Patriotic Youth Movement of the Gabonese Defence and Security Forces.

He said a “national restoration council” would be formed in the former French colony “to guarantee a democratic transition for the Gabonese people”.

Bongo is staying at a private residence in the Moroccan capital Rabat after suffering a stroke. He made a televised speech on New Year’s Eve but has not been in the West African country since October.