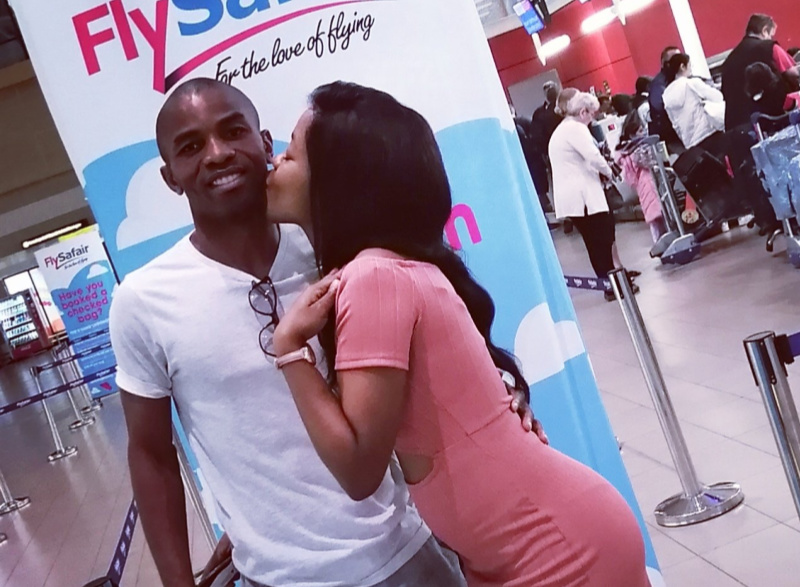 SOUTH AFRICA-BASED former CAPS United and Highlanders speedy winger Gabriel Nyoni has been drawn into a nasty public spat with his former fiancée Chivaraidzo Mukome, who also accuses him of threatening her life.

Although not yet officially married, the pair has been living together in Pietermaritzburg, South Africa having moved from Zimbabwe at the start of the season.

Chivaraidzo, who Nyoni has referred to as his wife after moving to Maritzburg United, stunned her followers on Twitter after alleging that if she comes up dead, Nyoni should be blamed for it.

“If I wake up dead please ask Gabriel Nyoni and use my phone as evidence. I shall not say much,” read a tweet from Mukome.

In a separate post Mukome, detailed signs woman should look out for when trying to spot abusive men.

Nyoni took to Facebook to announce the alleged break up although he did not respond to allegations that he was threatening Mukome’s life.

“It was the most beautiful, peaceful and wonderful relationship I have ever had. I choose to forgive. I choose to remember the good and not the Bad. I wish her well in her future endeavor. Lets continue washing our hands and practising social Distancing,” he said in the Facebook post.

Nyoni refused to comment on the matter but sources close to the pair revealed the fallout started after Nyoni was duped of US$10 000 (R180 000) by Mukome.

Mukome is alleged to have vanished after dumping the football star, just a few days after she was entrusted with the money which was supposed to be used for an investment in Zimbabwe.

The Maritzburg United forward is yet to report the matter to the police.

Nyoni, who holds an honours degree in marketing, from the National University of Science and Technology (NUST), made his breakthrough move to South Africa last year after a solid start to the season with CAPS United.