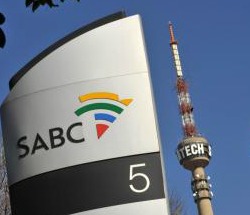 SOUTH Africa’s broadcasting signal distributor Sentech recently scrambled Wiztech decoder satellite channels in accordance with a court order in the same country. These channels have been popular not only in Zimbabwe but in a majority of Southern African states.
As a result, and for Zimbabweans in particular, there has not only been anguish and gnashing of evening teeth since a significant urban majority had taken to watching the South African Broadcasting Corporation (SABC) channels available on these Wiztech channels.
The first indications of the disappointment at this move for Zimbabweans was to be found in humorous posts on social media about how they will now be forced to revert back to our very own Zimbabwe Broadcasting Corporationn (ZBC) programmes.
In true Zimbabwean fashion, we are using dry humour to cope with this new development as we tend to do with a lot of our political, social and economic challenges. I am also sure that in the next week there shall be some seriously good debates about the import of the public outcry over Sentech’s actions. The issue might even make it to a SADC summit or find itself within the lexicon of outstanding issues in relation to media reforms as we approach elections.
The reality of the matter is however much more grim and a serious indictment on the government whichever side of its ending ‘inclusiveness’ one supports. This is because having had a state broadcaster in the form of ZBC since independence there has been not only a patent failure to democratize its public service broadcasting function but also a failure to subject it to domestic/national competition; hence the outcry at the loss of SABC channels.
And it is these two points that I wish to explore in this brief article. As regards the failure to reform ZBC, the informed argument that has been given by colleagues at organisations such as the Media Institute of Southern Africa (Zimbabwe Chapter) relates to how structurally flawed the corporation remains.
With regard to the fulfilment of a Public Service Broadcaster mandate, MISA Zimbabwe and others have found that ZBC performs more as a state than a public service broadcaster. This is mainly due to a general lack of editorial independence of the corporation from the government of the day and the over-politicization of its functions.Advertisement

It is also now generally accepted that the same lack of editorial independence of ZBC has directly affected the content of its broadcast output through its five radio stations (one on Short Wave) and two national television channels (thought TV 2 does not cover the entirety of the country).
This content has generally been viewed as politically partisan where and when it comes to the determination of news stories or even programming for entertainment and ‘edutainment’.  Principles of fair coverage for all, adequate remuneration for production houses and value for public TV licence fees have not necessarily been adhered too and therefore, the public impression ZBC has had over the last ten or so years has been that of a partisan state media corporation.
Naturally, there will be disputations of this latter assertion, perhaps from colleagues at ZBC or elsewhere but it is one that can only be viewed as contributing to the decision by some Zimbabweans to decry the ‘scrambling’ of foreign TV channels on Wiztech decoders.
The other reason that explains the current state of affairs vis-a vis ZBC and the growing pull of foreign television channels has been the lack of alternative commercial or community domestic television channels.
In the period of the inclusive government, incremental media reforms saw the introduction of two free-to-air national radio stations (with all the controversies alleged by some quarters) but when it came to national free-to-air television, the process either stalled or is awaiting a ‘re-run’ by the Broadcasting Authority of Zimbabwe (BAZ).
This lack of domestic options for our country’s television viewers (who have increased greatly over the years) has led to ours being an easy television market not only inadvertently for SABC, etv or Btv but also for the increasingly ubiquitous DSTV.
In essence therefore, the outcry over the loss of Wiztech channel frequencies may be understandable but it’s also a direct result of us trying to ‘reap where we did not sow’.
Our government has not undertaken the holistic reform that is necessary to make ZBC a respected public service broadcaster and, where the parties in the inclusive government have argued for its reform, they have sadly done so on a partisan and personalized basis.
Even where ZBC was going to be difficult to reform, the lack of domestic commercial or community television station alternatives has left us the worse off and in some sort of shock over losing access to channels we neither own or deserve at law.
There is therefore an urgent need to reinvigorate the pursuit of the reform of ZBC beyond the partisan interests of parties in the inclusive government and in order to usher in a new era of public service broadcasting.
There is also an urgent need to insist on the reform of the Broadcasting Services Act and its undemocratic pretext while simultaneously seeking the realistic diversification of our television and visual media production industries. This, through an urgent but democratic licensing of new commercial television channels that can compete with both ZBC and any current future television channels available via Wiztech or elsewhere.