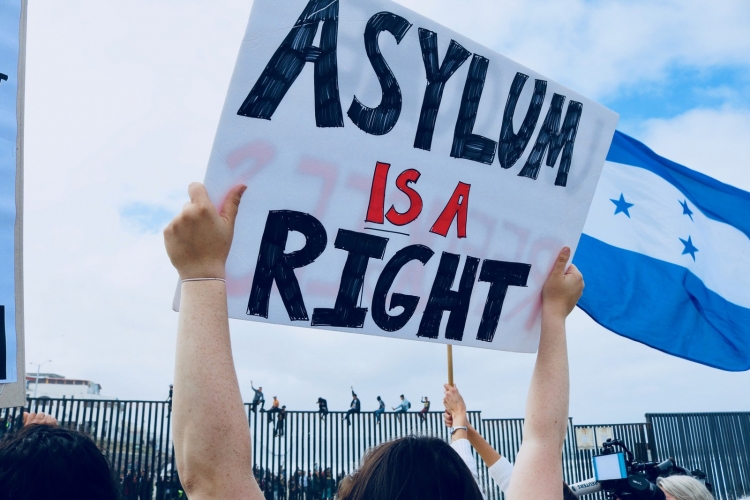 A Galway based asylum-seeker, who is currently awaiting deportation, says he will be killed if he is forced to return to his native Zimbabwe.

Mduduzi Ngwenya, a first year science student at NUI Galway, says Ireland is now his home and he will “never be heard from again” if he is deported.

More than a thousand people took part in a rally in support of Ngwenya and fellow asylum seeker, Theo Ndlovu, in Galway on Saturday afternoon.

Both men are currently facing deportation and are awaiting notification of when they will have to leave Ireland.

Over the past three years, Ndlovu and Ngwenya have become well known in the city, both through their artistic work and involvement in a number of voluntary organisations.

“I don’t think there will be any life for me if I go back to Zimbabwe. If I go back home that will be the end of me, I will be killed,” Ngwenya told The Irish Times.

“Galway has become my home and I have a lot of friends here. It has been great to make new friends and to help the other people in the hostel [direct provision centre] to integrate better into the local community.” 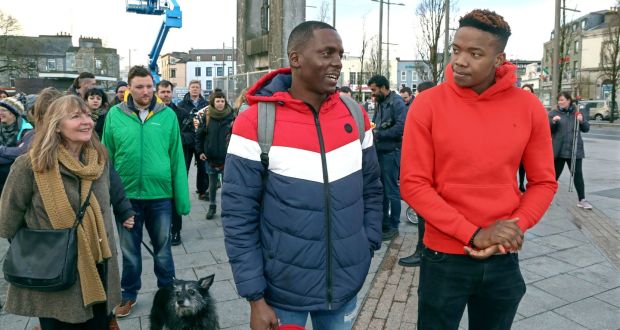 Mduduzi Ngwenya and Theo Ndlovu, who are living in Galway direct provision centres and are facing deportation

A popular hip-hop and spoken-word artist, Ndlovu has become a fixture of the Galway arts scene. He is the co-founder of the Atmos Collective, a Galway 2020 funded music group which provides workshops for local children and teenagers. He says he lives in constant fear of being deported.

“I have made a family in Galway. Where I come from, I didn’t have a proper family,” he said.

“The deportation order is not here yet, but it’s on the way. It’s devastating. I didn’t really know how to deal with the news when I heard.

“It [the deportation order] could come at any time. I might get taken tonight. I don’t feel safe anymore. I can’t relax. What if they come and take me in my sleep. It’s stressful, you can never relax, even for a minute.”

The rally, which was organised by a number of local groups including the Galway Anti Racism Network (GARN), the Movement of Asylum Seekers in Ireland (MASI) and the NUI Galway Students’ Union, culminated in a two hour concert in Eyre Square featuring a host of local musical talent including Padraig Stevens from the Saw Doctors.

“We wanted this to be a positive event, not a protest. We didn’t want anything negative,” said Silvia Trentin of the Galway Anti-Racism Network.

“We wanted to make an event that could be enjoyed by everyone, regardless of where they come from. It’s about using music to celebrate the diversity in our community.

Two online petitions against the deportation of Ndlovu and Ngwenya have gathered more than 7,000 signatures over the past two weeks.