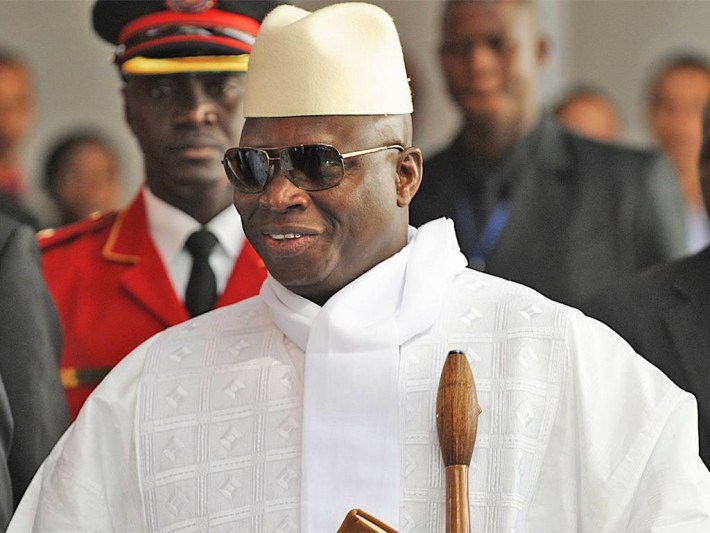 A truth commission in the tiny West African state of The Gambia began hearing witness testimony on Monday as it set about investigating rights violations committed by the regime of Yahya Jammeh.

Modeled on South Africa’s investigation into its apartheid era, the commission will hold hearings into Jammeh’s 22-year era of oppression which ended in 2016 after he was forced from power.

President Adama Barrow has hailed the commission as a step towards national healing and a way to prosecute those responsible and offer some closure to victims and families.

Rights defenders accused the regime of systematic torture against opponents and journalists, extrajudicial executions, arbitrary detentions and disappearances in the English-speaking country.

He said one government official put a gun in his mouth.

“They beat me and pulled me out and showed me some blood and one of the soldiers asked me to say my final prayers,” he said. “I am not embarrassed to say I was screaming. I thought I would die.”

After Jammeh took over The Gambia, the smallest country on the African mainland, he installed a network of oppression, driven by the police, the National Intelligence Agency (NIA) and a death squad called the Junglers.

His reign began to fall apart in 2016, when he suffered an electoral defeat at the hands of Barrow, then an opposition leader.

He refused to step down, but was forced out after other West African countries intervened militarily and diplomatically. He flew into self-imposed exile in Equatorial Guinea.

The Truth, Reconciliation and Reparations Commission (TRRC) aims at using a court-like approach to investigate how abuse began and became systemic, as well as its impacts.

“The start of the TRRC hearings is an important initial step towards securing justice, truth and reparations in Gambia,” Amnesty International said in a statement.

The commission is empowered to advise prosecution of perpetrators and recommend financial compensation to victims.

Its board members are drawn from all the country’s major regions, its five main ethnic groups and two religions, led by a retired UN diplomat, Lamin Sise.

The first witness on Monday, Ebrima Chongan, a police deputy inspector general before the 1994 coup which brought Jammeh to power, testified that he was tortured in a rat-infested prison outside the capital Banjul after the putsch.